Is Turkey-NATO Alliance Under Threat? 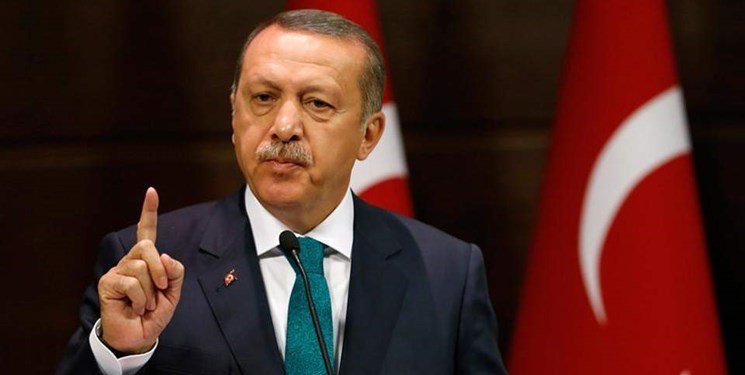 TEHRAN (FNA)- The Turkish lira has hit a record low against the dollar amid investor anxiety about the Turkish economy, hit by coronavirus and friction with NATO allies.

President Recep Tayyip Erdogan has riled France and the US among others. Analysts attribute the weakening to concern about Turkish inflation and the central bank's refusal to raise its key interest rate. A rate rise could dampen inflation and encourage investors to buy lira.

It was the beheading of a school teacher in Paris that sparked the latest war of words. Samuel Paty was murdered by a Chechen extremist, having shown a cartoon depicting the Prophet Mohammad (PBYH), as featured in the satirical magazine Charlie Hebdo.

President Macron has remained defiant, vowing that France "will not give up the cartoons" on the pretext of freedom of expression. This look has of course led to mass protests and uproar in the Muslim world.

President Erdogan had responded to this by accusing his French counterpart of leading an "Islamophobic campaign of hate", going on to declare that "You (Macron) are in a real sense fascists; you are in a real sense the links in the chain of Nazism."

The Turkish president has also called for a ban on French products - like many other leaders in the Muslim world. Goods from France have already been removed from shops in many countries and anti-French protests have also erupted almost everywhere.

The spat has alarmed the US with the State Department issuing a statement of their own "The United States strongly believes that unnecessary alliance infighting only serves our adversaries."

The US is also at odds with Ankara over the testing of the Russian S-400 anti-aircraft platform in contravention of NATO policy - the purchase of the system had already seen Turkey removed the F-35 fighter program.

Erdogan chose to mock the threat of "potentially serious consequences" from the US, "Whatever your sanctions are, don't be late". Erdogan appears to be increasingly fostering nationalistic fervor to shore up political control at a time of great economic turbulence.

Although appeals from the State Department for calm, patience with Erdogan is being severely tested. French MP Válerie Boyer, member of the Committee on Foreign Affairs, appealed to parliament: "I ask to apply new strong measures, such as recalling our ambassador, withdrawing Turkey from the NATO, ending all negotiations for joining the EU and imposing economic sanctions."

For NATO, Turkey has been an essential bulwark to threats from the Middle East and Russia. It is becoming increasingly clear, however, that Ankara is drawing down heavily on its strategic geographic position in lieu of its value in support of NATO objectives.

The prospect of Turkey's expulsion from NATO is remote. Presently, there is no mechanism for doing so. What is probable, given the vital strategic significance of Turkey, is a program of sanctions and reduced cooperation aimed at forcing Erdogan to withdraw from Russian military cooperation.

Traditionally, the occasionally fractious NATO alliance has been kept in line by the US, but with continued criticism of the alliance from Washington and a US preference for acting unilaterally, the strategic mission of NATO is less clear than in the past.

If Turkey were to be expelled, it would require a drastic upscaling of NATO's funding and presence in the region, and with only a small number of members achieving the 2 percent of GDP defense requirement, there would appear little appetite to allow such a situation to develop.

However, Turkey’s alliance with the US is written in the sands because of their differences in Syria and the fact that the US supports and arms separatist Kurds. So the  delivery of new  missile systems from Russia will continue because Turkey says it is a strategic defence requirement, particularly to secure its borders with Syria and Iraq. Ankara complains that just like Europe, the US did not present a viable alternative either.