Scott Ritter: No Chance for Third Parties in US Elections 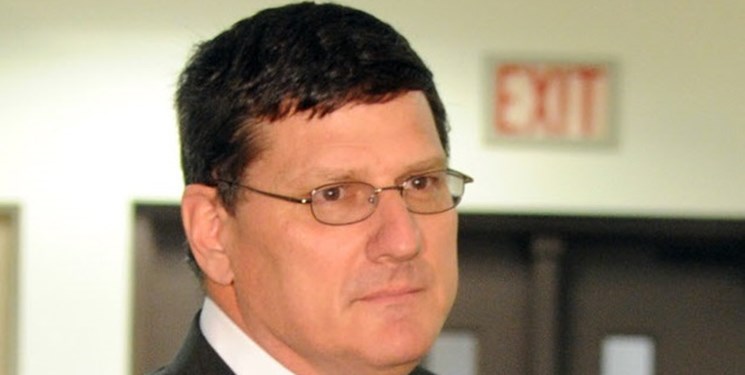 TEHRAN (FNA)- Scott Ritter, political commentator, says the financial resources are provided only to the Democratic or Republican parties, leaving no room for any independent candidates or a third party to properly campaign for the election.

Speaking in an interview with FNA, Scott Ritter said, “The American body politic is controlled by money. This is even more so since the Supreme Court ruling in Citizens United v. FEC in 2010, which basically opened the floodgates for the virtually unlimited infusion of special interest money into American political campaigns. Money takes the path of least resistance, and as such the two established political parties, Republican and Democrat, have an inherent advantage over a third party or any other independent political movement. This will remain the case until which time Citizens can be reversed.”

William Scott Ritter Jr., is a former United Nations weapons inspector in Iraq from 1991 to 1998. Before that, he was commissioned in 1984 as an intelligence officer in the US Marine Corps. He served in this capacity for about 12 years. He served as the lead analyst for the US Marine Corps Rapid Deployment Force concerning the Soviet invasion of Afghanistan and the Iran–Iraq War. Later, he became a critic of the US foreign policy in the West Asia. Prior to the invasion of Iraq in March 2003, Ritter stated that Iraq possessed no significant weapons of mass destruction (WMD) capabilities, becoming one of the loudest skeptic of the Bush Administration’s contention that Saddam Hussein was hiding weapons of mass destruction.

Q: Do you believe if Americans expected such confrontation between Donald Trump and Joe Biden, especially in the first televised presidential debate? What does this confrontation make explicit about the US domestic politics?

A: Anyone who expected a civil debate is not well versed in the status of domestic American politics. It is virtually impossible for partisans from either side to sit down and engage in a civil conversation. The same holds true for how the issues are discussed on American mainstream media, where bias has seized the newsroom and infects how issues are framed and presented. By eliminating the bridges of debate, dialogue and discussion that are the normal facilitators of civic moderation and compromise, each side exists in its own self-constructed echo chamber, simply yelling out their respective positions about the cacophony of angst and rancor. This reality is magnified by the fact that Trump believed (rightfully so) that he was debating two opponents, the media and Biden, and as such was even more disruptive than normal. But a quick review of Trump’s past debating performances would show that he simply did what he does best—disrupt and sow chaos. That Biden chose to sink to Trump’s level was, I think, the surprise of the evening.

Q: Considering the status quo, is there a chance for any third parties or independent candidates to win the election? In other words, how are independent voters represented in the US political apparatus?

A: The reality is the that the American body politic is controlled by money. This is even more so since the Supreme Court ruling in Citizens United v. FEC in 2010, which basically opened the floodgates for the virtually unlimited infusion of special interest money into American political campaigns. Money takes the path of least resistance, and as such the two established political parties, Republican and Democrat, have an inherent advantage over a third party or any other independent political movement. This will remain the case until which time Citizens can be reversed. However, given the fact that the two major parties also control who sits on the highest court, such an outcome is unlikely to happen in the foreseeable future. There is virtually no viable outlet for independent voters in a national election in the United States today.

Q: How do you see a possible civil war, considering the growing rift between supporters of the major parties?

A: America continues to be a nation united in the belief in the rule of law as set forth under the Constitution of the United States. Both major political parties adhere to this pact, as do the bureaucratic apparatus that sustain society, such as the military and civil service. The militant wings of the major parties do not share this embrace of constitutional rule, and as such are more likely to act out violently if they do not get their way at the polls. While this violence, which I believe will be inevitable in some degree or another, will be disruptive, as things stand today, it will not, in and of itself, pose an existential threat to the United States. For the moment, the Republic is secure. This, however, is not an outcome that can be taken for granted, and unless the political parties find a way to reintroduce civil discourse as part of the public conversation, thereby empowering the kind of political compromise that facilitated the historical peaceful transition of power that has taken place in the aftermath of even the most contested political contests, there is a real risk that the threat of political violence will change the way American politics is conducted, much to the detriment of a United States governed by the principles enshrined in the Constitution.