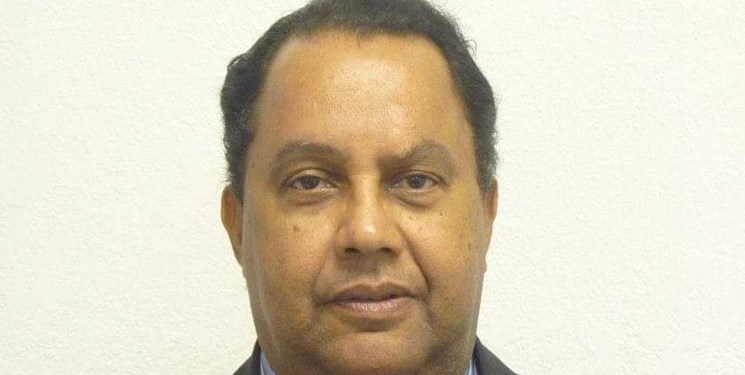 TEHRAN (FNA)- Jose D. Manzanares de Silva, a Nevada-based political analyst, says over half of Latin population in the US, together with nearly all African Americans, will stand with the liberals in case of a post-election civil war.

Speaking in an interview with FNA, Jose Manzanares did not reject the possibility of an armed conflict after the presidential election, and said, “We should also consider that the Army is 30% minorities, the Navy, and Air Force 23%, so who knows what will happen in a base if someone decided to start a war with the militia?”

Jose Manzanares is a Cuban-American political analyst based in the US state of Nevada. He is a graduate of the University of Dayton, with a Master's Degree in International Relations and Political Sciences.

Q: Why does Donald Trump not fear the consequences of rejecting possible defeat in the 2020 election?

A: There are about 150 lawsuits against Donald Trump, some are ridiculous, but his biggest problem is that he committed either bank fraud or tax fraud with a Deutsche Bank refinance of his Trump Tower in Manhattan. He inflated the property's value and, at the same time, tried to get his taxes lower by saying that the building was empty. His CFO has already been interviewed by both the New York Attorney General and the Southern District of NY prosecutor and given a plea deal. What he said we do not know, but the Feds do not give plea deals for free. The only thing saving him is that the DOJ has a policy, not a law, that they do not prosecute sitting presidents. So if he wins another term, the status of limitations for the criminal offense will expire; however, they can always get him for financial compensation. In addition to that, he has a long-term running estate tax investigation that could cost him a billion dollar, so being President has its benefits.

Therefore, I think that he does fear not being re-elected.

Q: President Trump speaks of 'we' ("my people") and 'they', and fails to condemn violence by his supporters. How does this affect the elections?

A: President Trump has a problem: he is running not to expand his base, but to his base. It is difficult to win when 50% of the people of this country hate him so much, which is reflected in the occupancy rate of his hotel before and after becoming President. He thinks that he can get away with saying all the non-sense. Trump is desperately looking for another FBI moment like the one with Clinton, so far he is batting 0. He could be another Goldwater, a Law and Order candidate who lost 44 States out of 50.

Q: What position would you expect Latinos, African Americans, Asians, and other races to take in case of a civil war after the presidential election?

A: Latinos are not a single-minded group. We have white, mulattos, blacks, conservatives, and liberals among Latinos. The Afro-Americans are a very consolidated liberal group, and Asians, for the most part, are very conservative.

So I could see a 60/40 split in the Latin community, which is 60% with the Liberal wanting to eliminate the small conservative minority. Therefore, 60% of the Latins representing the liberal side will unite with 90% of Afro-Americans. However, this is not 1865. Then we did not have an air force or large Navy, we did not have 585 military bases of all kinds all over the US, so it will not be easy to have an armed conflict. Regarding Asians, the Vietnamese are all very conservative, and the Indians are all engineers and doctors together with the Pakistanis; the Philippines are also conservative. However, I do not see their fighting in a real civil war. They all have lovely homes and wonderful life, so they will probably keep to the side and take care of the injuries. Now we should also consider that the Army is 30% minorities, the Navy, and Air Force 23%, so who knows what will happen in a base if someone decided to start a war with the militia? They could join one side or wait to see what happens when the water clears. If it happens, definitely the Latinos and Blacks will join the liberal whites in a civil war.

This Interview Has Been Conducted Before The Presidential Elections In The United States.