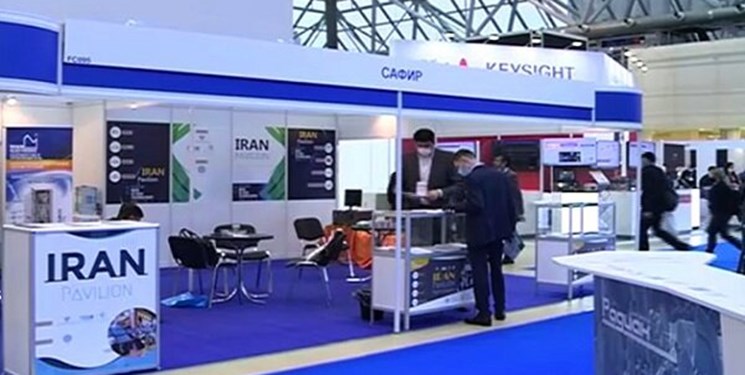 TEHRAN (FNA)- Several knowledge-based firms of Iran have participated in the 32nd International Exhibition for Information and Communication Technology in the Russian capital.

Nine knowledge-based companies and soft and creative Iranian industries active in the field of the digital economy, participated at the 32nd Russian International Exhibition for Information and Communication Technology in Moscow.

The exhibition, which hosted 160 reputable Russian companies and 20 foreign countries, was an opportunity for Iranian scholars to display their technological achievements in the form of a national pavilion.

The latest achievements in the field of radar, state-of-the-art satellite systems, aerial photography for climate monitoring, natural disasters, air navigation, and control equipment and shipping were exhibited in the Russian exhibition.

Iranian Vice-President for Science and Technology Sorena Sattari said in September that the US sanctions have been a blessing for the country’s knowledge-based companies by flourishing their market.

“We cannot say that the sanctions have not been effective, but they have brought many advantages for the knowledge-based companies and created a good market for them,” Sattari said.

He added that the knowledge-based companies in Iran have sold products worth 120,000bln tomans (nearly $26.6bln) last year.

Sattari also said that Iran stands among the first 10 world states in many fields of engineering, including mathematics, construction and biotech, and enjoys the biggest startups in the region.