Commander: Iranian Sky No Place for Trial And Error 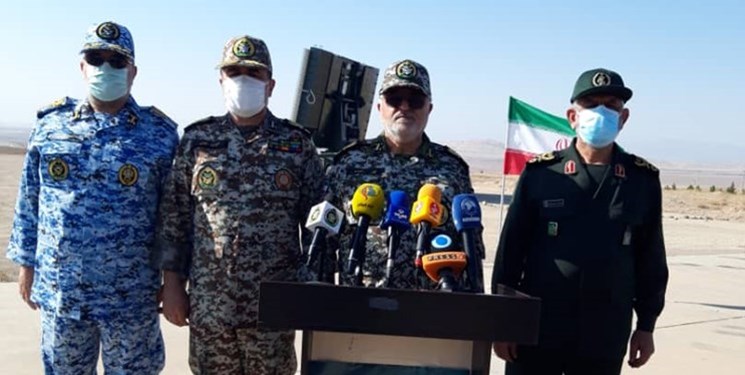 TEHRAN (FNA)- Lieutenant Commander of Khatam al-Anbia Air Defense Base Brigadier General Qader Rahimzadeh warned the warring sides of Azerbaijan and Armenia against misfire and violation of the Iranian airspace.

“The Islamic Republic of Iran’s sky is no place for trial and error and mistake and we will strongly confront anyone violating the country’s airspace,” General Rahimzadeh said on Monday.

He underlined the Iranian Armed Forces’ full preparedness to defend the country’s borders and sky, adding that any mistake by the warring sides of Azerbaijan and Armenia will not remain unanswered.

In relevant remarks on Saturday, Spokesman for the Iranian Armed Forces Brigadier General Abolfazl Shekarchi warned Azerbaijan and Armenia that his country will not tolerate setting up Israeli spy bases and presence of the Takfiri terrorists near its Northwestern borders.

“We demand the conflicting sides in Karabakh that the Takfiris should not enter this region at all. Presence of Takfiri terrorists is unbearable to Iran and certainly, the Islamic Republic will not tolerate this presence at all,” General Shekarchi said.

He also cautioned about the presence of Israeli spy bases in the region, and said, “We do not at all allow the regime’s bases to be set up near our borders and in the disputed and conflicted region.”

General Shekarchi warned that any country which does not meet the two demands should account for its consequences, adding, “The Islamic Republic will firmly confront these two ominous phenomena.”

General Shekarchi had also last month warned Armenia and the Azerbaijan Republic to avoid crossing Iran’s red lines, stressing that their dispute can be resolved through dialogue.

“The Islamic Republic of Iran, while reinforcing the defensive measures at border areas, stresses that the security of border areas and Iranian people is the country’s red line,” Shekarchi said, adding that a number of shells have hit the Iranian territory following the military conflict between the Caucasian states.