Without Resistance, Syrians and Palestinians Might as Well Not Exist 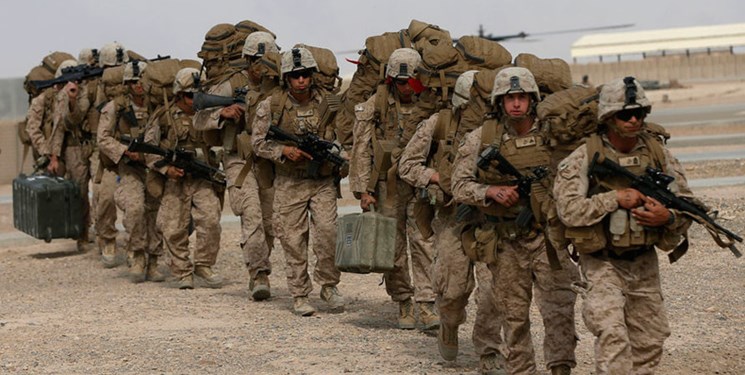 TEHRAN (FNA)- The United States is expected to occupy and destabilize Syria wherever possible in 2021. The Empire of Chaos will also continue to aid and abet the Zionist regime of Israel to steal Palestinian lands no matter who occupies the White House on January 20 next year.

That means the US will continue to occupy northeast Syria to counter Russia and keep reconstruction funds from the country. This will include controlling Syrian oil fields and stealing and selling the extracted oil in the international markets to fund occupation and terror proxies. It’s one of the surest ways to finance and weaponize its terrorist proxies in Idlib, which is mostly controlled by the al-Nusra Front terrorists.

At the same time, the new US administration will help the Zionist regime of Israel to steal yet more Palestinian lands and expand its reign of terror across the occupied Palestine. So, no matter who occupies the White House, total acceptance of Israeli expansion is expected from the next president. Put simply, there will be no antagonistic approach toward Israel.

He might criticize, but he won’t sanction Israel for its crimes against humanity in Palestine. He will also veto at the UN Security Council any resolution critical of Israeli settlements and crimes, while stopping any anti-settlements resolution from going through the Congress.

The decision by the next US government to stay and entertain, means there will be plenty more casualties next year in Syria and occupied Palestine, and not just because of the seemingly permanent US military presence or pro-Israel policy. The Empire of Chaos will set up more bases as staging areas for a permanent occupation scheme in Iraq and Yemen as well.

As well, there will be no end in sight to the US in the bogus war on terror, declared and undeclared, both because the War Party has manufactured new enemies in Syria, and because no one at the United Nations is willing to stand up to it.

This is while the botched war on terror policy has only brought immense, atrocious, sustained loss of life and chaos to the people of Syria and the rest of the region. From their standpoint, all foreign occupying troops must leave Syria, despite the inherent security risks from terrorists. They believe that the US-led war and occupation only advances the aims of those who profit from the circumstances – US and other Western military contractors.

Under the circumstances, it is past time for the world community to robustly push for a Syrian peace process since security and stability are crucial for the development of the war-torn country as well as for the advancement of regional peace and security. In addition, the US must acknowledge the crucial need of cooperation at the UN Security Council to push for resolutions that condemn and stop the Zionist regime from stealing and occupying more Palestinian lands.

What’s more, Syria and its Iranian and Russian allies are on the same page in promoting the peace talks and encouraging all parties in this regard to begin the peace talks and rebuilding process. The pressing question is whether the United States is also on the same page? Unsurprisingly, consecutive US presidents have lost no time to personally back the foreign policy establishment’s vision to destabilize the Middle East and protect Israel.

Under the circumstances, the next US president is expected to continue the mission to occupy Syria and support Israel. He is also expected to put a spoke in the wheel of peace talks and reconstruction efforts that Syria’s allies and neighbours have been fostering for some time. This will leave the world community in no doubt that amid multiple layers of deception and newspeak, the Empire of Chaos’s support Israel and destabilize Syria gambit will remain a non-negotiable issue in 2021.

As for who would be a good candidate for peace in the Middle East, don’t worry about that. They have both proven their support for Israel over decades and decades, as well as their hostility toward Syria and its allies. There will be no reason for such issues with the next US administration.

In the prevailing circumstances, the long-suffering people of Syria and Palestine stand to win if they continue to resist the warmongers and occupiers. Without resistance, they might as well not exist. The Israelis clearly would like Palestinians to end resistance. They would like to detain and muzzle and intimidate and arrest and frighten Palestinians into submission and silence. They would also like to starve and kill and force indoors all the children of Syria so that the terror proxies and US missiles and bombers could complete the cultural and physical genocide of the Syrian people.

The world is gradually turning its eyes to the massive injustices and violence perpetuated in the name of war on terror and the Zionist-Christian religions. These injustices must end, and they will end through the Palestinian and Syrian resistance.