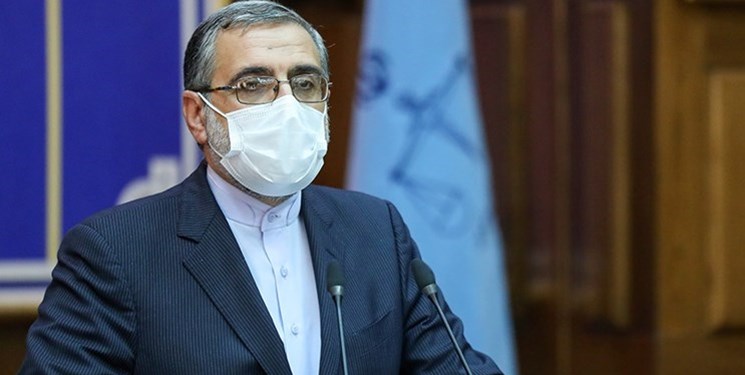 TEHRAN (FNA)- Iran’s Judiciary Spokesman Gholam Hossein Esmayeeli said that the country has released or commuted prison terms of tens of thousands of prisoners in the past 18 months.

“Since Judiciary Chief (Ebrahim Rayeesi) took office 18 months ago, nearly 40,000 inmates have been pardoned, half of them freed and the other half’s prison terms commuted,” Esmayeeli told reporters in a press conference in Tehran on Tuesday.

He added that earlier this month, Supreme Leader of the Islamic Revolution Ayatollah Seyed Ali Khamenei pardoned or commuted prison terms of a large number of convicts sentenced by various Iranian courts, noting that 2,301 of them were freed, among them 157 security convicts who had been imprisoned for propaganda against the Islamic Republic and participation in unrests in the past few years.

Esmayeeli said that 16 prisoners who were nationals of the Muslim states have also been pardoned.

He issued the approval on Wednesday on the occasion of the birth anniversary of Prophet Mohammad (PBUH) and Imam Jafar Sadeq (AS) the sixth Imam of Shiites.

The pardon was made at the request of the country's Judiciary Chief Seyed Ebrahim Rayeesi.