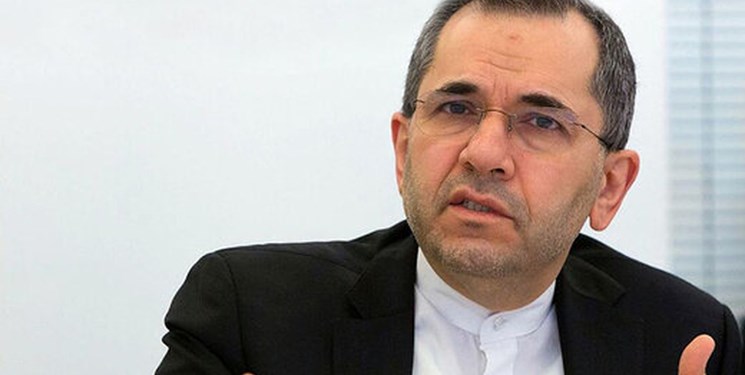 TEHRAN (FNA)- Iranian Ambassador and Permanent Representative to the UN Majid Takht Ravanchi called on the International Atomic Energy Agency (IAEA) to monitor the nuclear programs of both Saudi Arabia and Israel.

Takht Ravanchi made the remarks at a virtual meeting of the UN General Assembly on Wednesday that endorsed the IAEA’s annual report.

Referring to Iran’s cooperation with the IAEA, Takht-Ravanchi said Iran alone receives 22 percent of all the agency’s inspections even during the coronavirus pandemic.

The two sides then issued a joint statement and said they had agreed “to further reinforce their cooperation and enhance mutual trust to facilitate” the full implementation of Iran’s Comprehensive Safeguards Agreement (CSA) and the Additional Protocol (AP) thereto, which has been provisionally applied by Iran since 16 January 2016.

To help facilitate the resolution of the issues raised by the agency, the statement said, Iran agreed to voluntarily provide the IAEA’s inspectors with access to two locations specified by the nuclear watchdog.

In a speech to Wednesday’s General Assembly meeting, Grossi welcomed the agreement he reached with Iranian officials in August “on implementation of some safeguards implementation issues,” including access to the two sites.

“Evaluations regarding the absence of undeclared nuclear material and activities for Iran continue,” he said, adding that inspections have taken place and samples from the two locations are being analyzed.

Elsewhere in his remarks, the Iranian envoy underlined the important role of nuclear energy in economic and social development of countries.

He also stressed that the IAEA is tasked with promoting the peaceful use of nuclear energy and strengthening international cooperation in this regard.

The Islamic Republic has achieved significant achievements in using the nuclear energy in the fields of electricity generation, medicine, agriculture and industry, Takht Ravanchi said.

He said Iran believes that the IAEA’s safeguards should not violate the countries’ rights to peaceful nuclear activities and that proliferation concerns should not restrict these rights, and that any attempt meant to limit the peaceful use of nuclear energy must be rejected.

The Iranian ambassador further described the 2015 Iran nuclear deal, officially called the Joint Comprehensive Plan of Action (JCPOA), as an important multilateral achievement that enjoys strong international support, warning that the agreement is under intense pressure from Washington’s unilateral measures.

“The United States’ withdrawal from the JCPOA, re-imposition of illegal sanctions against Iran and non-compliance with UN Security Council Resolution 2231 have prevented the Islamic Republic of Iran from enjoying its rights under the resolution,” he noted.