Gaza One of the Unfortunate Losers of US Election 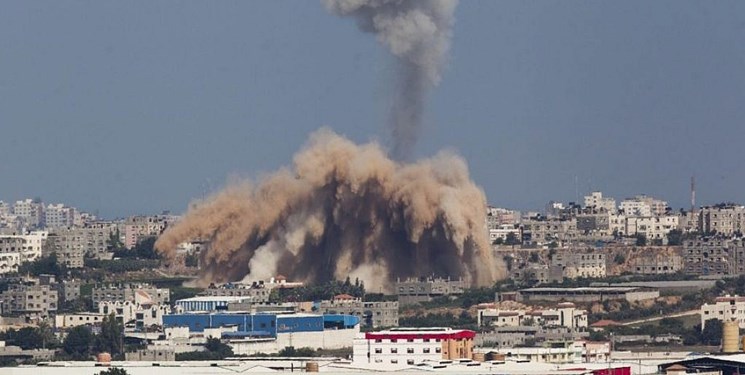 TEHRAN (FNA)- Whichever septuagenarian is going to win the US presidential election, and Joe Biden is set to win anyway, one of the unfortunate losers is the long-suffering people of Gaza.

We know Gazans are unlikely to get much love from Joe Biden, whose antipathy to Palestine is open and real – or, in fact, Donald Trump.

In truth, Trump was never going to give the Palestinians much on freedom and self-determination out of sentimentality or vague nationalistic anti-Israel sympathy.

America’s Christian-Zionists will come first whoever is in the White House these days. The new US President will have no time for the UN Human Rights Council, which Palestine may need to depend on to defend its free democratic government and future.

The long-suffering people of Gaza will also never see one fine day in their wretched lives as Israel’s criminal blockade and economic onslaught continues under the military and diplomatic protection of the new US government.

The dire conditions in the besieged city of Gaza will remain the same, heartbreaking but inhumane. It’s no wonder many Palestinians are predicting yet another war of aggression by Israel at any moment.

Don’t expect anything from the United Nations, either, which once compared Gaza to an open-air prison, because so many Gazans are homeless and without protection against the pandemic. Just like the new administration in the White House, the UN will do nothing. And the worst part is that aid agencies estimate it would take decades to rebuild the enclave’s devastated homes, schools, hospitals, water and electricity plants.

The unjustified suffering here has multiple causes: Despite an international ceasefire agreement, Israel and Egypt refuse to lift a siege that amounts to economic warfare on an entire population. The international aid money promised to Gaza never came, and the 1.8 million residents are still on their own.

The usurper regime controls 90 percent of the land borders to the city - the northern and eastern borders and 100 percent of the ocean on the west side. Egypt controls the southern border with Gaza. So the only step forward has to be international pressure on both Israel and Egypt to completely lift the illegal blockade.

All countries that advocate human rights should at least come clean next year by organizing a real international aid conference that is aimed at rebuilding Gaza in actual terms. The participants should name and shame Israel, and condemn its collective punishment.

They should step forward to explain to the world where the actual Holocaust has been and still is taking place? They should explain why they have never bothered to pay any serious attention to the intolerable situation in Gaza? And they should ask why Israel perpetuates the misery of the Palestinians, and at the same time tightens the blockade noose to further land grabs?

Such an outrageous denial reflects a collective nescience among the international community toward the suffering of an occupied and systematically oppressed people. Western media support this state of unknowing by failing to report on the suffering or on the resistance movement that seeks to expose and end injustice.

Undoubtedly, Palestinians cannot count in the next US administration for any support. So they  have every right to fight for human dignity and justice on their own. The international community should also distance themselves from America’s criminal culpability, bear witness to the wretchedness of life in Gaza, and exert a sustained pull upon Israel to lift the blockade.