Hadi Issa Dalloul: US Powerless against Iran at UNSC 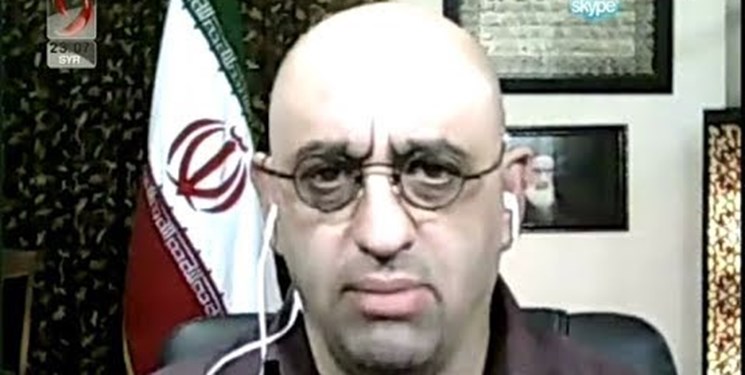 TEHRAN (FNA)- Dr. Hadi Issa Dalloul, international law and nuclear consultant, says Washington is unable to bring back the UNSC sanctions against Tehran, as Moscow and Beijing have adopted their positions against the White House’s move.

In an exclusive interview with FNA, Dr. Hadi Issa Dalloul said without passing a UNSC resolution against Iran, the US Administration will only be able to take carrot and stick policy, saying, “For the countries and the companies which they can threaten, they can go ahead under the table with an unofficial or unethical way. For the countries and companies which they cannot threaten, they need to have promotions which must be related to the level of investment in those countries or companies.”

Dr. Hadi Issa Dalloul is a nuclear physicist who studied at the University of Houston and at Imperial College, London. He frequently appears on various international news channels commenting on political affairs in the West Asian region.

Q: The US left Iran’s Nuclear Deal some two years ago. Is the US technically entitled to force the UN members to step down from their responsibilities and commitments to the JCPOA?

A: The United States right now cannot force any United Nations members to step down from any resolution that was submitted in 2015 by the Joint Comprehensive Plan of Action (JCPOA) or they cannot force them to impose any new sanctions or restrictions in the sanctions against Iran, for any Israeli-American needs. Russia and China will be outside the vote. [Regarding the JCPOA] The United States needs to have five votes, but without getting the two votes, it seems the decision [on the JCPOA] will be taken by four: The United States, The United Kingdom, France and Germany. That will not take place to be just another resolution at the United Nations. That is why they cannot force them for a resolution. If they want to go ahead, they can only go ahead with the companies which are related to the United States, or any companies they can threaten or promote. For the countries and the companies which they can threaten, they can go ahead under the table with an unofficial or unethical way. For the countries and companies which they cannot threaten, they need to have promotions which must be related to the level of investment in those countries or companies, to have the sanctions in effect; but for a [UNSC] resolution, they can do nothing.

Q: The UK, France and Germany said they will support the JCPOA; but, Russia and China clearly said they will reject the US’s move. How can they prevent the US restructured sanctions to take effect at the UN Security Council?

Q: Only Israel and the Persian Gulf states agreed with the US’s snapback claim. What does it indicate?

A: The United States and Israel go ahead with the cooperation related with the culture blocking, which is in the Middle East, especially in the West Coast of the Persian Gulf. Those states do not have history, nor culture. They do not have unity. By unity, I mean to have a decision internally, as it must be as a union of Arabs or Islamic countries, to have their owner and fight for their owner. So, they lose those tools, and the United States can control them. By promoting some of the Emirs and the Kings over there, it makes them the leaders of the countries and feed them a high amount of responsibilities and authorities that they can show they are the leaders of the area. [for instance] That is why once they start for Yemen, Abu Dhabi and Riyadh went ahead with that without thinking on the relations and reactions that what would be the like if they step back in case they fail in that war, and that is what happened. That means that they do not have a culture to think; they cannot estimate what the next step will be in which direction.