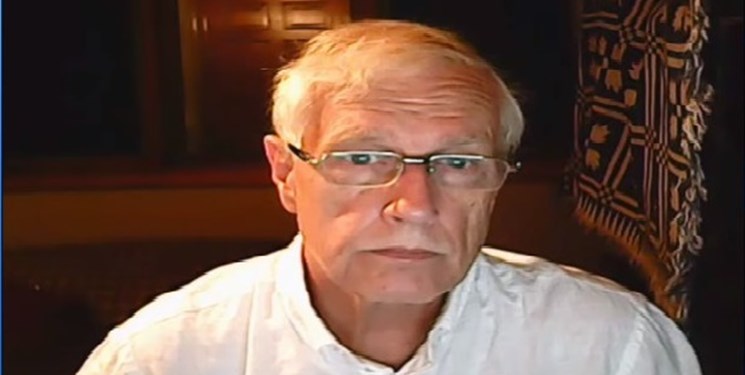 TEHRAN (FNA)- Gordon Duff, a US war veteran and journalist, says Beijing and Moscow use the opportunity to sell arms to Iran as a proof to the US that its policies are no longer effective in the West Asian region or elsewhere.

Speaking in an interview with FNA, Duff said, “China and Russia are under so many sanctions now that threats of more are unlikely… Their moves are based on the belief that political upheavals in the US have made them a runaway train… As things are going now, the US will no longer be a world power in four years and may, itself, be divided by a civil war. Anything done by Russia and China take this contingency into account.

Gordon Duff is a Marine combat veteran of the Vietnam War. He is a disabled veteran and has worked on veterans and POW issues. He is the Senior Editor of Veterans Today.

Q: Iran hails the end of UN’s ‘unjust’ arms embargo. What is the significance of lifting arms sanctions for Iran?

A: Iran has a desperate need for an air force with 5th generation aircraft that can only come from Russia, most desirable the SU 35. This platform alone would represent serious intimidation for those that would choose to violate Iran's air space. Additionally, upgrading to S400 air defense systems would similarly create a balance that would end reliance by the UAE on Israel. It has long been suspected that the UAE would host Israeli stealth aircraft as has been done by Azerbaijan.

Though Iran has done a magnificent job of building missile defenses and a unique naval capability, the lack of credible capability in the air has encouraged recklessness on behalf of the [Persian] Gulf States. Additionally, according to sources at the IAEA, Iran may well be the most powerful non-nuclear power in the world today. Choosing to remain non-nuclear is only reasonable if economic considerations, such as those outlined in the JCPOA, are availed. Otherwise, with nuclear Israel and an America now deploying theatre nuclear devices to forward forces in the region, only the most robust conventional deterrent could be credible.

The current situation in Nagorno Karabakh, with both Turkey and Israel directly involved, demonstrates a level of threat Iran has long been aware of. The insanity of Azerbaijan risking war with Iran, and they are doing exactly that, a war they would lose in one day, is an indication of how militarized corruption has undermined normal diplomatic functions.

Q: Moscow and Beijing vow to continue military cooperation with Tehran. How do you view this matter?

A: China and Russia are under so many sanctions now that threats of more are unlikely. Arms sales not only make money, they are a very efficient way for Russia and China to demonstrate that America can no longer have its way in the Middle East and elsewhere.

Their moves are based on the belief that political upheavals in the US have made them a "runaway train." One can see why Russia and China would back Trump because they hate the United States. They hate the United States because of its bullying and insanity. That Americans, many if not most, are reviled by this behavior of their own nation is not of significance, not internationally. As things are going now, the US will no longer be a world power in four years and may, itself, be divided by a civil war. Anything done by Russia and China takes this contingency into account.