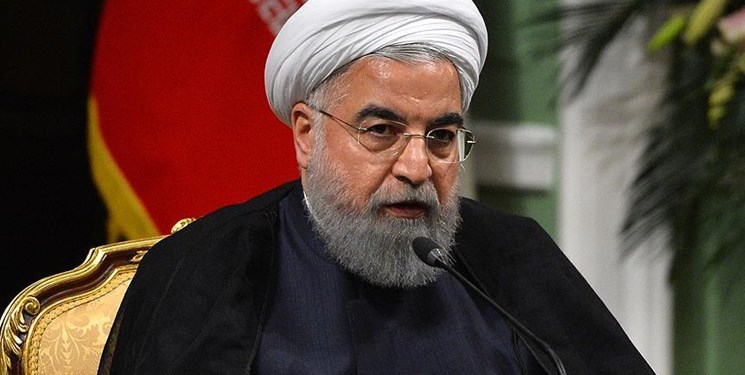 TEHRAN (FNA)- Iranian President Hassan Rouhani said that the country’s next year (to start on March 20, 2021) budget should be devised based on independence from oil revenues and the economy of resistance.

“The main goal of the next year budget is based on reducing costs, increasing revenues, reducing government enterprises, developing e-government, cutting the budget's direct dependence on oil, boosting production, and implementing the general policies of the economy of resistance,” President Rouhani said, addressing a meeting of the headquarters for economic coordination in Tehran on Sunday.

He added that the next year budget bill will be devised within the framework of the general plans of reforming the budget structure, general policies of the economy of resistance with the approaches of long-term growth by focusing on non-oil exports, active confrontation against the coronavirus outbreak and reducing its negative economic impacts, accelerate the completion of projects, facilitating the business atmosphere, paying attention to people’s livelihood with a priority of basic goods and development of the public-private partnership pattern.

“The budget of the governmental bodies should create new opportunities and new sources of non-oil-based revenues for the country,” Rouhani said.

Last month, Iran's Deputy Minister of Industry, Mine and Trade Hamid Zadboum said the country was considering to increase export of non-oil products by 15% in the second half of the current Iranian calendar year (September 22, 2020 -March 20, 2021).

“Although spread of the coronavirus disease has decreased global trade almost 15%, it is predicted that Iran’s export of non-oil goods will set a 15% growth in the second half of the current year by overhauling and renovating export processes,” Zadboum said.

He added that exports growth in the second half of the year will compensate a part of the 34% decline in export of non-oil commodities in the first half of the current year (from March 20 to Sept. 21).

“These 17 countries accounted for 89% of Iran’s total export share in the first six months of the current year,” he noted.