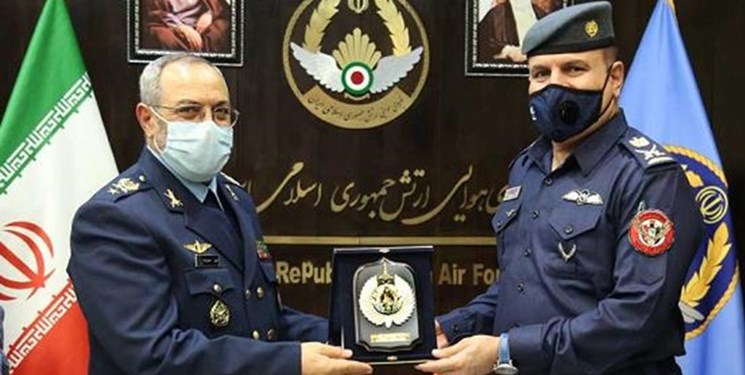 TEHRAN (FNA)- Commander of the Islamic Republic of Iran Air Force (IRIAF) Brigadier General Aziz Nasirzadeh and his Iraqi counterpart Major General Shihab Jahid in a meeting in Tehran on Tuesday underlined cooperation in the fight against the Takfiri terrorists and other threats.

During the meeting, General Nasirzadeh and General Jahid discussed grounds to further reinvigorate mutual cooperation and regional synergy between the two countries.

They also underscored the existence of grounds for cooperation in joint operations, overhauling and maintenance of different aircraft and training human resources.

Cooperation and operational synergy in fighting the Takfiri terrorists and other forces which threaten Iran and Iraq’s sustainable security were among other issues reviewed by the two commanders.

In a relevant development on Saturday, Iranian Defense Minister Brigadier General Amir Hatami in a meeting with his Iraqi counterpart General Juma Anad Saadoun in Tehran underlined his country’s preparedness to supply the Armed Forces in Iraq with needed weapons and military equipment.