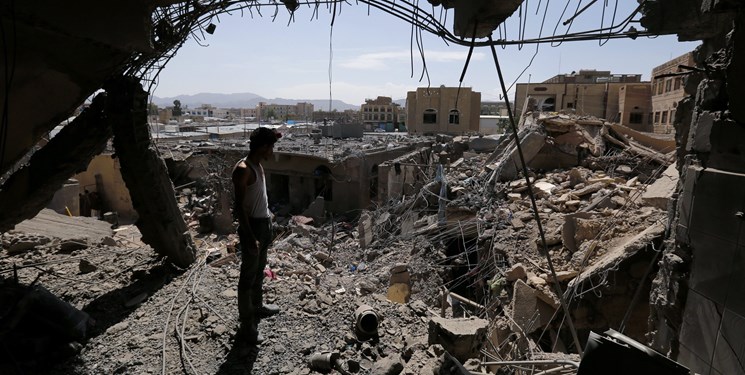 “We express our appreciation to the countries that have taken steps to stop selling weapons to Saudi Arabia, which is a child-killer regime,” the Ansarullah Spokesman, Mohammed Abdul-Salam, stated in a statement on Monday evening, referring to the Riyadh regime’s crimes against Yemeni children, presstv reported.

He called on other world states to adopt similar steps, emphasizing that freezing such exports to the kingdom is the least humanitarian position that could be taken in the face of the brutal Saudi-led aggression against Yemen, which poses threats to global security and stability.

The comments come as Germany is set to discuss extending its ban on arms exports to the countries involved in the war on Yemen in the coming weeks ahead of its expiry on December 31.

Despite opposition from France and Britain, two major arms suppliers to Saudi Arabia, Chancellor Angela Merkel’s coalition enacted the ban in late 2018, in response to the devastating consequences of the Saudi-led war in Yemen and following the state-sponsored murder of Saudi dissident journalist Jamal Khashoggi.

Along with Germany, a number of other European countries, including Norway, Denmark, Finland, Sweden and the Netherlands, have also suspended arms sales to Riyadh.

Meanwhile, 14 of the world’s top human rights organizations on Monday called on the Paris government to “end France’s opacity on arms sales”, ahead of the publication of a parliamentary fact-finding report on arms export control to be published on November 18.

A joint press release, co-signed by Human Rights Watch, Amnesty International, the International Federation for Human Rights FIDH, Oxfam, and a number of local organizations announced parliamentary control was “essential since French arms sales have been shown to be responsible for certain serious violations of humanitarian law, particularly in Yemen, where those violations have dramatic consequences for the civilian population”.

Heavily relying on Western-supplied arms, the Saudi regime has been leading a military coalition of allied countries in a bloody war against Yemen since 2015 with the aim of reinstalling a Riyadh-friendly government in Sana’a.

The military campaign has largely targeted ordinary people and Yemen’s civilian infrastructure, including hospitals and schools, drawing calls from leading human rights groups for a halt to weapons sales to the aggressors.

The US-based Armed Conflict Location and Event Data Project (ACLED), a nonprofit conflict-research organization, estimates that the war has claimed more than 100,000 lives for over the past five years.

The Ansarullah movement, backed by armed forces, has been defending Yemen against the Saudi-led alliance, preventing the aggressors from fulfilling the objectives of the atrocious war.