Is UN Condemnation Enough for Israel? 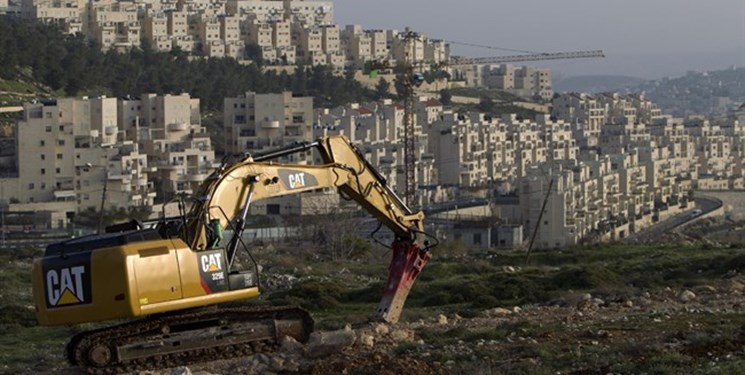 TEHRAN (FNA)- Once again, the United Nations has expressed concerns for the Zionist regime of Israel’s decision to advance construction in an illegal Jewish settlement in occupied East Jerusalem Al-Quds that would make establishing a contiguous Palestinian state even harder, reiterating that “settlement construction is illegal under international law”.

Nickolay Mladenov, the UN envoy to the Middle East peace process, says, “If built, it would further consolidate a ring of settlements between Jerusalem and Bethlehem in the occupied West Bank. It would significantly damage prospects for a future contiguous Palestinian State and for achieving a negotiated two-state solution based on the 1967 lines, with Jerusalem as the capital of both states. Settlement construction is illegal under international law and I call on the authorities to reverse this step.”

Another instance and proof that a Palestinian approach based on compromise for the sake of a two-state solution never works, and yet another piece of evidence to prove that the Palestinian Authority and Fatah movement's recent shift to join the resistance movements of Hamas and Islamic Jihad has been an appropriate move and a correct policy.

The PA sought a future independent state that includes East Jerusalem and the West Bank, territories occupied by Israel in the 1967 war, and viewed the settlements as a major obstacle to peace.

With nearly 500,000 illegal settlers now living in the West Bank, and more than 220,000 in occupied East Jerusalem Al-Quds, the PA has now come to realize that the chances of establishing their state have evaporated, meaning that the precious time they have wasted on the negotiating table with the Zionist has only served the Israelis to encroach forward without even a war with the PA. Much of Jerusalem is already blocked off from the West Bank by a series of checkpoints and a separation barrier built by Israel.

In other words, UN condemnation is not enough to stop the usurper regime from building more illegal settlements on Palestinian lands. The same argument could be made about the UN condemnation of Israeli blockade on Gaza. Just because the world body also condemns the criminal siege, it doesn’t mean that Israel would now lift the blockade and allow the UN Relief and Works Agency for Palestine Refugees in the Near East run schools and provide health services as well as other humanitarian aid to the Strip and an estimated 5.7 million Palestinians with refugee status.

Gaza, with a population of 2 million, has been under a hermetic Israeli siege since 2006, when the Palestinian group Hamas won the democratic legislative elections in occupied Palestine. Since then, Israel has carried out numerous bombing campaigns and several major wars, that resulted in the death of thousands of people.

This only makes the UN’s work ever more difficult. The world body has to stop releasing statement after statement condemning Israel and its apartheid policies, and instead take decisive actions to hold the usurper regime and its Western supporters to account. This has to include an international legal push and resolution that forces Israel and its Western allies to end the occupation of Palestine and allow people there, including Jews, Christians and Muslims, decide their future government through a national referendum.

An international push as such should hold Israel accountable for fundamental violations of international law during decades of occupation and terror, which is the longest-lasting military occupation in the modern world, and shows no signs of ending.

The criminal regime has crossed many red lines into illegality, and this has paved way for international legal processes to be triggered and the occupation to be ended. As per international law, the laws of occupation are very clear that Israel cannot treat the territory as its own, nor can it make claims of sovereignty. Yet this has been its pattern of governing the occupied Palestinian territory for most of its 72 years of reign of terror.

Israel has also been in non-compliance with more than 40 resolutions of the UN Security Council, and with more than 100 resolutions of the General Assembly, thanks largely to the diplomatic support by the United States and its duped Arab allies in the Middle East. These anti-Palestine regimes are the reasons why Prime Minister Benjamin Netanyahu keeps telling the international civil society that Al-Quds will be part of Israel forever, no more Jewish settlements will be uprooted, and Israel will stay permanently in the Jordan Valley in any peace agreement.

Indeed, the time has come for the UN and the rest of the civil society to compel Israel and its allies to end the occupation and give Palestinians the right to self-determination if they are serious in their condemnation that Israel’s role as the occupying power is illegal. The world community also stands to win if it triggers the relevant international legal processes to stop construction of illegal settlements on Palestinian lands.

After all, this is also what the International Court of Justice regarding the legality of the occupation and settlements has said. The Court is absolutely clear that Israel’s settlement expansion as well as wall on and through the occupied Palestinian territory are condemnable and contrary to international law.