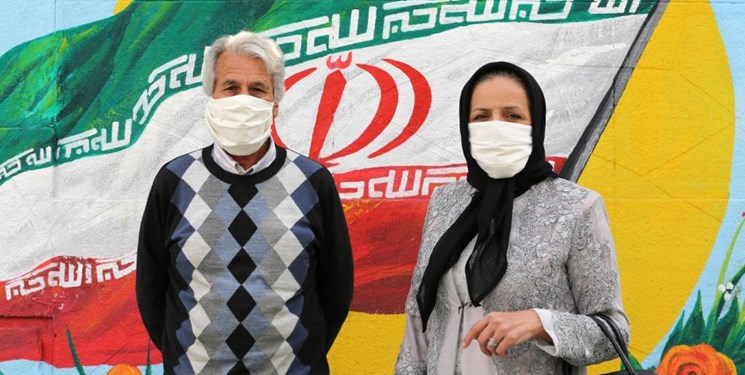 TEHRAN (FNA)- Iran announced that its medical experts and scientists have developed Coronavirus kits that diagnose the virus more rapidly than before, while the country has also joined a handful of nations to start the virus’ vaccine test on human being in spite of cruel sanctions imposed by Washington on Tehran.

On November 17, Iranian scientists unveiled a rapid antigen-based coronavirus test kit which is capable of diagnosing COVID-19 virus in 20 minutes.

“We have produced a rapid antigen-based coronavirus test kit at this stage which can identify infected people in 15 to 20 minutes,” Seyed Sajjad Moravveji, the CEO of Salamat Eletronic Barakat, said. 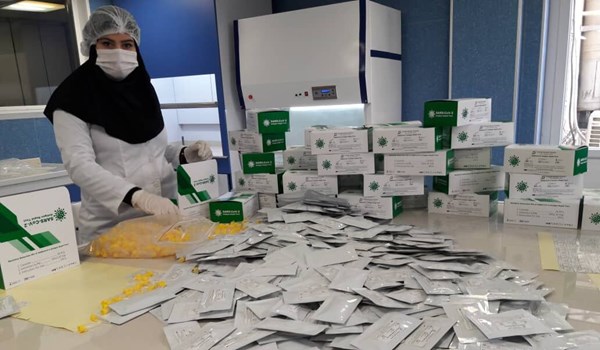 He added that the new kit has a performance similar to CPR tests and can be used for outpatients.

“The kit has a lower price compared to other kits in the market,” Moravveji said.

Also, Head of the Coronavirus Control Operations Headquarters in Tehran Alireza Zali said that Iran is among the 5 world states able to produce rapid antigen coronavirus test kits, noting that the new Iran-made kits can diagnose coronavirus with 85% of preciseness.

He added that the rapid antigen kits have been made as a result of cooperation among Headquarters for Executing the Order of Imam (Khomeini), Shahid Beheshti University and the Headquarters to Confront Coronavirus.

Iran has been highly praised for its robust response to the coronavirus disease as many governments and organizations keep castigating the US for its refusal to lift illegal sanctions to let the country access medical supplies and vital equipment needed to confront the virus.

Meanwhile, Head of Pasteur Institute of Iran Alireza Biglari said that the country’s scientists have successfully tested the home-made coronavirus vaccine on animals and are in the human trial phase. 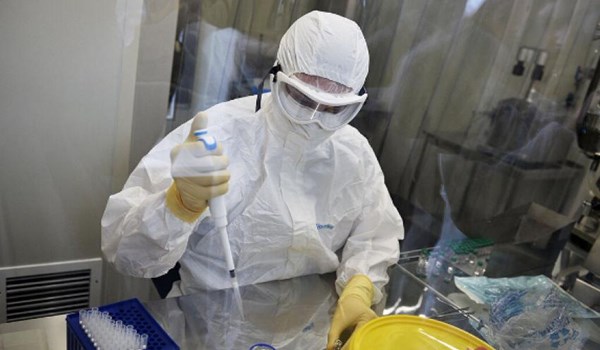 “Our country enjoys the technological know-how to develop the coronavirus vaccine,” Biglari said on Wednesday.

He added that the Iranian scientists have not sufficed to one method to produce the vaccine and have worked on all possible methods, noting that this shows the high possibility for production of COVID-19 vaccine in Iran.

“Some groups in Iran are now in the human trial phase now,” Biglari said, adding that this stage will take at least 7 to 8 months.

Moreover, Iranian researchers at Sharif University of Technology used nanotechnology to produce a self-sterilizer liquid which can keep surface clean from any virus and bacteria, including coronavirus, for at least 14 days. 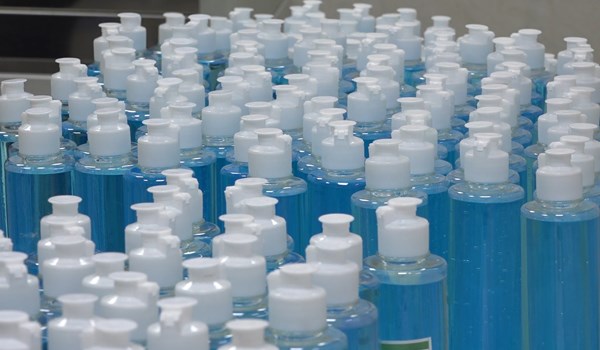 “We have managed to produce a nano-based surface coating that inhibited the growth of bacteria on the surface; the product depended on visible light to become active. It both sterilizes itself and eliminates infections in the air in the presence of light. Over time, the product loses its dependence on light, and other capabilities have been added to it so that it could turn the surface into bacteria-fighting agents,” Ashkan Seza, the inventor of the product, told FNA.

“This product has 2 features; first, it normally destroys the outer protein membrane of the virus. The second property of the product is photocatalysis and the virus is damaged in contact with the surface when exposed to visible light,” he added.

Seza noted that only 4 to 5 countries in the world enjoy the know-how to produce a self-sterilizing liquid, and said he has received proposals from different foreign states, including the US, to export the product.

Meantime, Iranian government is to pay direct subsidies for food and other basic goods to people harmed by the coronavirus outbreak. 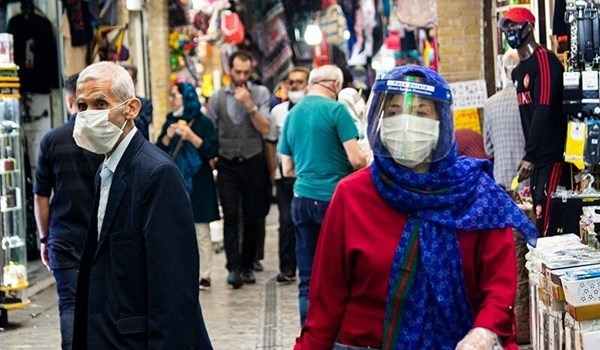 Iran’s Guardian Council, a watchdog supervising legislative procedures in the country, approved a parliament motion on Wednesday that orders the administrative government of President Hassan Rouhani to pay nearly $2.25 billion in direct subsidies for food and basic goods to people amid a surge in coronavirus cases that has triggered fresh restrictions on economic activity in the country.

The Council approved the Motion to Obligate the Government to Pay Basic Goods Subsidies. The motion had been proposed in the parliament in recent weeks to force the government to provide people with financial support as they struggle with the economic impacts of the pandemic.

The motion had been initially rejected by the Guardian Council mainly on the grounds that it had not clarified what financial mechanism should be used by the government to fund the large-scale aid program.

However, members of the Iranian parliament revised articles of the motion on Monday and stipulated that the government could earn nearly 580 trillion rials ($2.23 billion) from divestment of its shares in several major companies, including refineries, banks, metals holdings and automakers, to pay the direct subsidies.

Rouhani's administration had rejected the plan due to its massive financial burden while arguing that it will introduce proper measures to mitigate the economic difficulties caused by a new round of closures over the pandemic.

The government announced on Tuesday that it will provide 100 trillion rials (nearly $390 million) in loans to 10 million households to help them through two weeks of closures that are set to begin as of November 21.

Furthermore, Head of Iran's General Inspection Organization (GIO) Hassan Darvishian slammed Washington for violating human rights of the Iranian nation, saying that the unilateral sanctions imposed by the US have prevented the Iranian people’s access to their needed medical equipment, drugs and hygiene products. 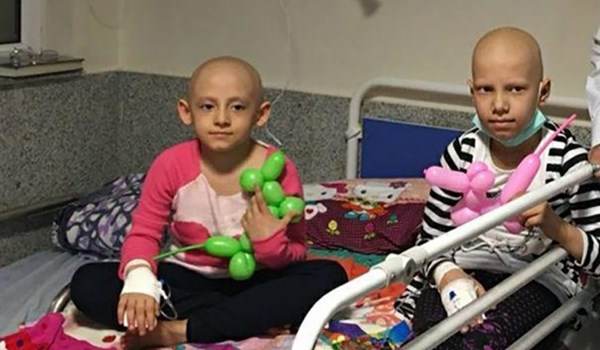 “The imposition of extraterritorial unilateral sanctions has had unacceptable and unfortunate impacts on human rights. Even sanctions have prevented global charities from sending donations and medical and health donations to the population and vulnerable countries of embargoed countries,” Darvishian said on Wednesday, addressing the Fourth meeting of the Eurasian Ombudsman Association and the International Conference on Human Rights.

He added that based on the remarks by the Special Rapporteur of the Human Rights Council, unilateral sanctions have had very unfortunate consequences and have targeted the most vulnerable sections of society and the most fundamental human rights, including the basic rights of living and health of children, the elderly and the sick.

Darvishian said at a time when the coronavirus had become an epidemic, the US government proudly imposed the toughest-ever sanctions on the Islamic Republic of Iran, which have been unprecedented in the history of international relations.

The Iranian health ministry announced on Friday that 13,260 new cases of coronavirus infection have been identified across the country during the past 24 hours, adding that 479 patients have passed away during the same period. 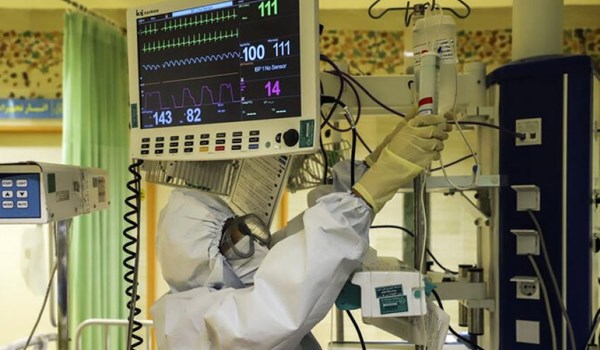 "13,260 new patients infected with COVID-19 have been identified in the country based on confirmed diagnosis criteria during the past 24 hours,” Iranian Health Ministry Spokeswoman Sima Sadat Lari said on Friday, and added, "3,044 patients have been hospitalized during the same time span.”

She added that the total number of COVID-19 patients has increased to 828,377.

“Unfortunately, 479 patients have lost their lives in the past 24 hours, increasing the number of the dead to 43,896," the spokeswoman noted.

Lari expressed satisfaction that 589,025 coronavirus patients have recovered or been discharged from hospitals so far.

The spokeswoman further said that 5,756 cases infected with COVID-19 are in critical conditions.

She went on to say that 5,706,834 coronavirus diagnosis tests have so far been carried out across the country.

Lari warned that 31 provinces are still marked red or in the status of alert.