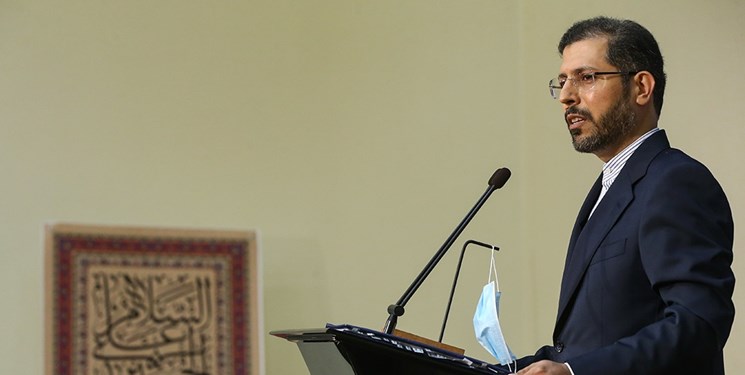 TEHRAN (FNA)- Iranian Foreign Ministry Spokesman Saeed Khatibzadeh denounced the US Secretary of State Mike Pompeo’s unprecedented visit to the West Bank and Golan Heights, stressing that he prefers the Israeli premier’s interests to those of his own nation.

Khatibzadeh, writing on his Twitter account on Friday, deplored Pompeo’s recent visit to the West Bank illegal settlements, describing it as an affront to the domestic problems in the US to put the Israeli interests above those of the American people.

He added that the US official is trying to give Israel a free hand in committing crimes under the fake label of attacking anti-Semitism.

- Put Bibi's interest above that of even Americans who put him in office;
- Formalize Israel's occupation & whitewash Israeli crimes- no matter what;
- Silence criticism with bogus 'anti-Semitism label';
- Waste US taxpayers money on private family tours pic.twitter.com/vCRuy4rBvA

According to the reports, US Secretary of State Mike Pompeo has toured a Jewish settlement in the Israeli-occupied West Bank - the first such visit by a top US official.

He arrived in the West Bank on Wednesday for what is likely to be his last trip to the region before leaving office in January.

Under an unwritten understanding, the US is providing billions of dollars to prop up Israel’s occupation regime in Palestine and the region.

This is by far the largest aid package in US military history. Strange enough, US senators have been criticizing the massive deal as “short-sighted” and insufficiently small, calling for massive increases, citing Israel’s security situation.