IRGC Quds Force Commander: US Not Qualified for Talks 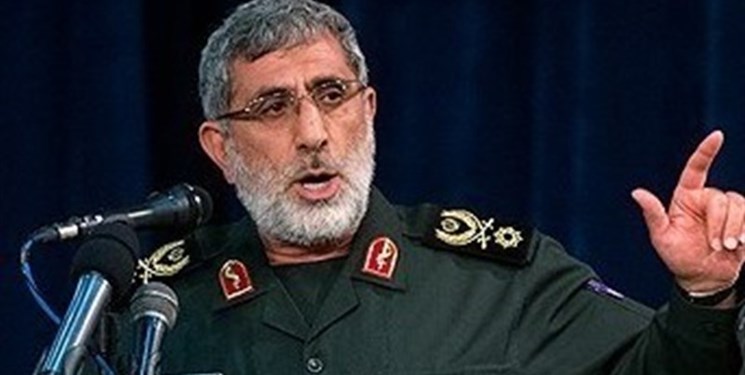 “All wise people working for the enemies have understood and some of them say, although some do not, that the time for showing the same behavior they had with the Islamic Republic on the first days of the Revolution has ended. Today all hues and cries of enemies are aimed at preventing (controlling) our speed (of progress),” General Qa’ani said.

He added that all enemies’ hostilities and deployment of forces in the region are aimed at preventing Iran’s development of its missile and regional power, and stressed, “The time when they attacked us and we defended has ended.”

General Qa’ani warned of enemies’ various plots against Iran and their disloyalty to the deals and treaties that they have endorsed (alluding to Trump’s unilateral withdrawal from the nuclear deal), and said, “You witness everyday that all leaders sit to the table and sign a paper and then they violate their signature before the eyes of the world people with full rudeness and shamelessness. They are not qualified for negotiations.”

In relevant remarks earlier this month, Araqchi said that the US should lift all sanctions imposed against his country in the past 3 years before returning to the nuclear deal.