Iran Calls on E3 to Quit Blame Game, Abide by Own JCPOA Obligations 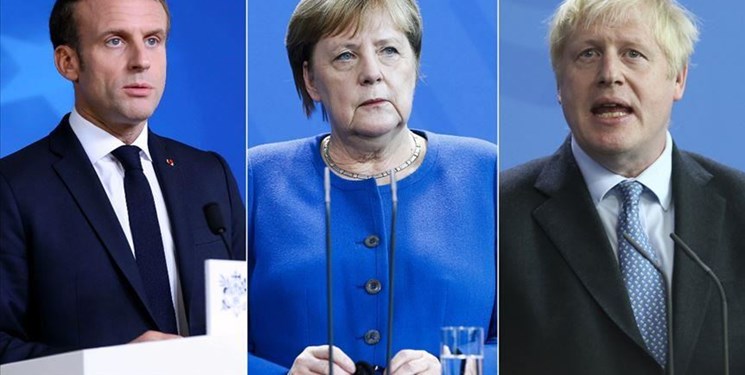 TEHRAN (FNA)- Iranian Foreign Ministry Spokesman Saeed Khatibzadeh censured the EU Troika (Britain, France and Germany) for blaming Iran, urging them to return to their own commitments to the Joint Comprehensive Plan of Action.

Khaitbzadeh said on Friday that three European governments have to prove their full compliance with their JCPOA commitments instead of launching new blame game against the country.

“Tehran has so far rolled back from its nuclear commitments as per the Articles 26 and 36 of the JCPOA and scaled back its commitments after the US withdrew from the deal and re-imposed the anti-Iran illegal sanctions and Europe totally failed to honor its obligations,” the spokesman noted.

France, Germany, UK in a joint statement on Thursday urged Iran to return unilaterally to its commitments under the JCPOA.

In relevant remarks on Monday, Saeed Khatibzadeh told reporters in a video conference, “The JCPOA has been signed between Iran and the Group 5+1 but the US ended its partnership and the nuclear deal is something which has been negotiated for years, has been finalized and concluded and sealed.”

In relevant remarks last Wednesday, Araqchi said that the US should lift all sanctions imposed against his country in the past 3 years before returning to the nuclear deal.