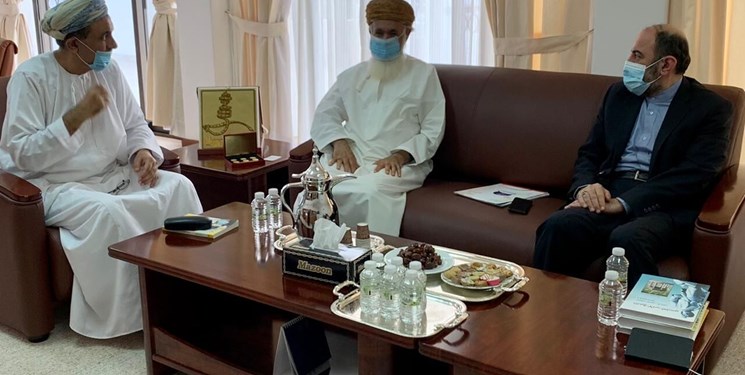 Mousavizadeh and al- Salimi reviewed ways to increase contacts between cultural and artistic activists of the two countries in a bid to develop cultural cooperation.

The two officials underlined the need to sponsor seminars, carry out education and research studies and translation and publication of the works of the two countries’ renowned writers.

Najafi met and held a talk with Al Maawali on the occasion of the 50th anniversary of Oman's National Day.

He congratulated the Speaker of the Parliament on Oman National Day, calling for boosting parliamentary cooperation between the two states.

Both sides reviewed the latest developments concerning the friendship groups and stressed the need to further forge cooperation between the two countries' parliaments and the importance of consultations between lawmakers of the Iranian and Oman parliaments.