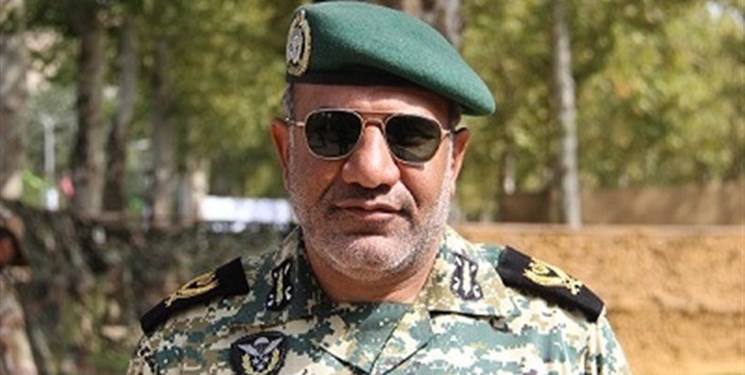 TEHRAN (FNA)- Deputy Commander of the Iranian Army Ground Force Brigadier General Amir Nozar Nemati underlined that the country’s Armed Forces are precisely monitoring all enemy moves in the region, adding that the terrorist groups are not allowed to make any aggression against Iran.

“We are monitoring the terrorist groups and their moves with very high precision and we do not allow them to take any action against our country’s interests,” General Nemati said on Saturday.

“The Armed Forces monitor all moves and threats against the Islamic Republic of Iran precisely and necessary measures are adopted appropriate to the type of threats,” he added.

He assured the nation that the Iranian borders are in very good security conditions.

In relevant remarks on Monday, General Nemati had underlined the high capabilities of the country’s Armed Forces in the production of different military equipment, adding that they are manufactured based on threats.

“Today, we do not depend on foreign states for the production of the main defense products in the military sphere and our operational officials and experts design defensive products appropriate to (enemy) threats by monitoring the threats and analyzing the needs and we enjoy high power in designing and building these products,” General Nozari said.