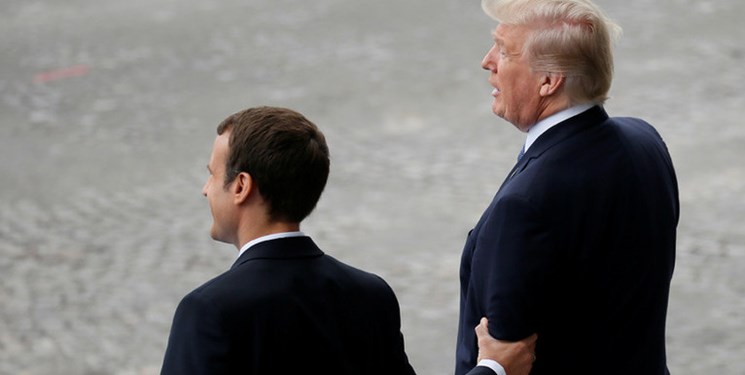 TEHRAN (FNA)- Fresh evidence has surfaced on the French government’s involvement in the war on Yemen by training the military units of the Saudi army for aggression against the poor Arab country.

The Arabic-language ‘September 26’ website reported that Saudi Arabia used the experiences of the French army in training its forces and methods to use different weapons, including the advanced artilleries named Caesar which is a French self-propelled 155 mm/52-calibre gun-howitzer.

Based on the report, France and the US are in rivalry to train the Saudi army’s military units.

Earlier, the Arabic-language al-Yaman newspaper had also quoted a French official as saying that the country is involved in war against Yemen and participates in the Saudi-led coalition’s military operations on the West Coast alongside the Americans and Israelis.

The Saudi regime and a number of its regional allies launched the war on Yemen in March 2015, with the goal of bringing the government of former fugitive president Abd Rabbuh Mansur Hadi back to power and crush the popular Ansarullah movement.

The US-based Armed Conflict Location and Event Data Project (ACLED), a nonprofit conflict-research organization, estimates that the war has claimed more than 100,000 lives for over the past five years; although the facts on the ground and eye witness accounts put the number of the dead far more than this figure.

Ansarullah movement, backed by armed forces, has been defending Yemen against the Saudi-led alliance, preventing the aggressors from fulfilling the objectives of the devastating war.