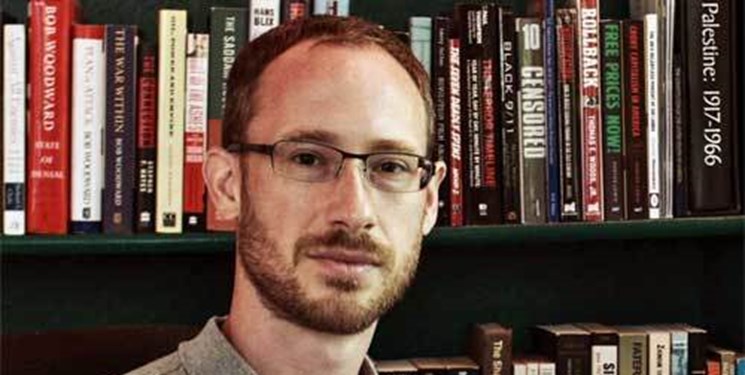 TEHRAN (FNA)- Jeremy Hammond, author and journalist, says the UAE and Bahrain deals with Israel do not help reach a peace deal between Israel and Palestine, as they fail to address the root causes of the Israeli-Palestinian conflicts.

Speaking in an interview with FNA, Hammond said Bahrain and the UAE deals with Israel “[overlooks] the facts that Israel was established by ethnically cleansing most of the Arab population from their homes in Palestine, that Israel persists to this day in preventing Palestinian refugees from returning to their homeland, and that Israel persists in its belligerent occupation of Palestinian territory… By normalizing relations with Israel under these circumstances, Arab states are essentially communicating to the world that they accept this status quo”.

Jeremy R. Hammond is an author and independent journalist. He publishes critical analysis and opinion commentary on US foreign policy. He was among the recipients of the 2010 Project Censored Awards for outstanding investigative journalism.

Q: Does establishing ties between Muslim countries and Israel help extend peace in the West Asian region, as Washington claims?

A: The strengthening of ties between Arab states and Israel does nothing to advance the cause of peace between Israelis and Palestinians because it does nothing to address the root causes of the conflict, which are the facts that Israel was established by ethnically cleansing most of the Arab population from their homes in Palestine, that Israel persists to this day in preventing Palestinian refugees from returning to their homeland, and that Israel persists in its belligerent occupation of Palestinian territory. By normalizing relations with Israel under these circumstances, Arab states are essentially communicating to the world that they accept this status quo, which is of course counterproductive for the cause of peace because it serves only to perpetuate the problem. Their justification for strengthening ties with Israel is that Israel has agreed in exchange to put off any move to annex major settlement blocs in the West Bank, all of which have been established in violation of international law and remain within occupied Palestinian territory. But this is no justification at all and hurts rather than helps the Palestinian cause because, essentially, Israel has proven that it can get what it wants by threatening to further violate international law as opposed to normalization resulting from moderation of Israel’s behavior and cessation of its illegal policies and violations of Palestinians’ human rights.

Q: How do you find the inaction of the Arab League and Saudi Arabia toward the deals made between Bahrain and the UAE on one side and Israel on the other?

A: It is natural that Saudi Arabia has not condemned the move by the UAE and Bahrain to strengthen ties with Israel because these countries share an enmity for Iran, and the move is viewed as an effort to bolster the anti-Iran agenda. As for the Arab League, the answer is less clear to me, but it is obviously not immune to geopolitics that advance certain agendas at the expense of Palestinians’ rights despite its historical role in advocating on behalf of the Palestinians. The UAE, Bahrain, and Saudi Arabia are members so we can expect that there were behind the scenes political plays to preempt the Arab League from issuing any condemnation of the UAE and Bahrain’s agreement to establish formal ties with Israel.

I do not foresee the Palestinians entering into peace negotiations with Israel given Israel’s longstanding preconditions under the now defunct so-called “peace process”, such as its insistence that illegal settlement expansion continue. Were the Palestinian Authority to do so under the existing circumstances, it would essentially be betraying its own people, rendering any betrayal on the part of Arab League members moot. The one good thing that Mahmoud Abbas has done was to walk away from the US-led “peace process” and to turn to the international community for recognition. Unfortunately, he has been reluctant to leverage the world’s sympathies with the Palestinians’ plight to effectively pursue legal remedy through the International Criminal Court and the International Court of Justice. This is not surprising given the PA’s role as Israel’s collaborator in enforcing its occupation regime. It is high time for the Palestine Liberation Organization, the parent body of the PA, to absolve this collaborator regime, to seek reconciliation between Fatah and Hamas, to establish a unity government, and to move forward with one mind to use the legal mechanisms available to Palestine as a UN-recognized state to hold Israel accountable for its ongoing crimes against the Palestinian people.