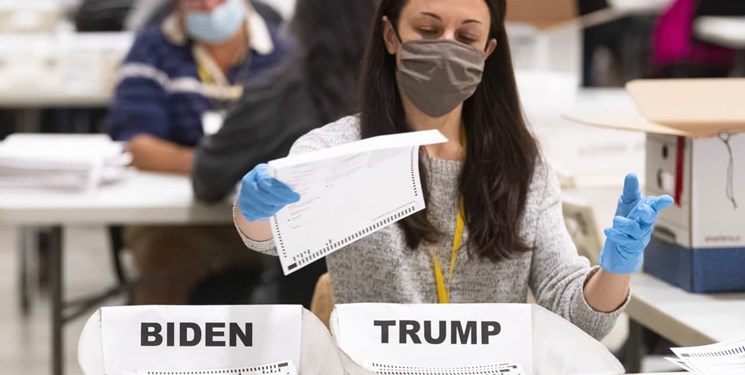 Milwaukee County Clerk George Christenson said that in some cases observers were objecting to nearly every ballot pulled to count, The Associated Press reported.

Christenson added the complaints were putting the recount behind schedule, and many observers were breaking rules by interrupting vote counters with questions or objections.

He called the behavior "unacceptable".

“It’s not our job to train their observers on what they’re observing,” he said, according to the Milwaukee Journal Sentinel.

“They clearly don’t know what they’re doing and so they keep asking questions. And we’ve said to the Trump campaign, you need to tell your people what you’re looking for here because they’re objecting to every ballot,” he added.

A lawyer speaking on behalf of the Trump campaign denied any allegations his side acted in bad faith.

“I want to get to the point of dialing everything down … and not yelling at each other,” the lawyer, Joe Voiland, stated, according to The AP.

The president's campaign this week requested recounts in Milwaukee and Dane, Wisconsin's two largest and most liberal counties, in an effort to undo President-elect Joe Biden's victory in the state.

Biden leads Trump by just over 20,600 votes in Wisconsin, one of several states he flipped this year after Trump won it in 2016.

In a separate situation Saturday, county election commissioner Tim Posnanski reported there seemed to be Trump representatives violating rules that dictate one observer from each campaign per counting table. He noted some observers for Trump appeared to be posing as independents, according to The AP.

Election officials also reported that one Trump observer objected to every ballot the tabulators pulled from a bag because they were folded.

The AP noted that part of the Trump campaign's strategy has been attempting to toss ballots with missing address information on the certification envelope that election clerks later filled in, despite the practice being long accepted in the state.

The news outlet also reported that at least one observer for the Trump team was escorted out of the building by sheriff's deputies Saturday after pushing an election official who lifted her coat from an observer chair.

Trump's campaign paid $3 million, required by Wisconsin state law, for the partial recount. The recount started Friday and must be completed by December 1.