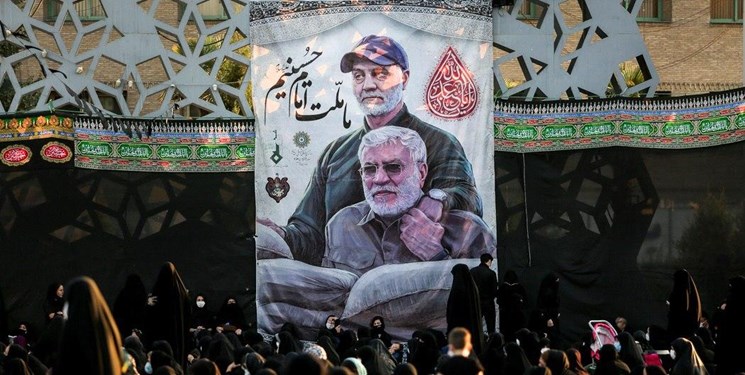 TEHRAN (FNA)- A prominent Greek journalist and analyst said that she has never in her life seen such a huge crowd gathered to participate in the funeral ceremony of former IRGC Quds Force Commander Lieutenant General Qassem Soleimani in January.

“I was the only official Greek journalist who was present in General Soleimani’s funeral ceremony,” Lamperini Soma said in a meeting with Iran’s cultural attache to Greece Mehdi Nikkhah Qomi.

“I do not think to witness such a scene in my life a second time. Millions of people, including women, men and children, participated in the funeral ceremony of General Soleimani and all of them cried for their national hero,” she added.

The airstrike also martyred deputy commander of Iraq's Popular Mobilization Forces (PMF) Abu Mahdi Al-Muhandis. The two were martyred in an American airstrike that targeted their vehicle on the road to the airport.