Poll: 80% of US Deeply Divided on Basic Values 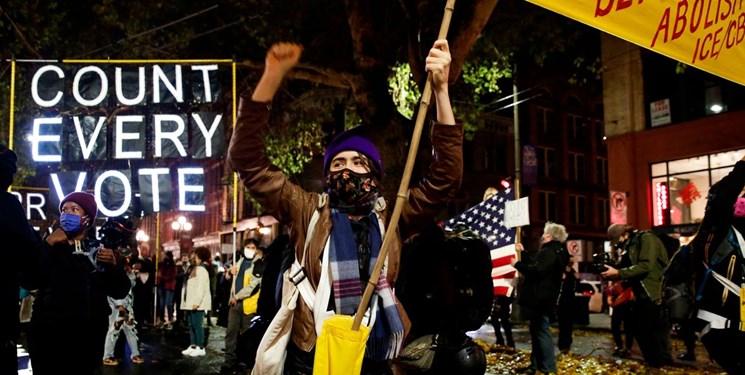 TEHRAN (FNA)- The US presidential election remains unresolved but what seems crystal clear is that the nation is divided more than anytime since the 1960s, or perhaps even the 1860s.

A new poll found that nearly 80% of America says they are “deeply divided on its most foundational values”. Whoever is inaugurated in January will face a deeply mistrustful and disbelieving public, as the poll also finds that just 30% of Americans believe the country will grow more united in 2021, presstv reported.

For a nation which is the richest in the world and which faces no serious external threat, such levels of disharmony are shocking even to many Americans themselves.

Distrust is not something which grows overnight. Many attribute the division to the American liberal’s obsession with so-called “identity politics”, which divides and re-divides people into smaller and smaller tribes based on gender, race, ethnicity, urban-rural, coastal-inland and on and on.

US conservatives are criticized for having a limited view of unity due to an “us versus them” mentality, which leaves little room for change or modernization.

The United States is proving unable to resolve a host of enormous problems: protecting from the coronavirus pandemic, Great Depression-levels of unemployment alongside a skyrocketing Wall Street, endemic economic inequality which has exploded in 2020, constant racial discrimination, record disharmony between genders, a Congress which is half as popular as an often deeply unpopular President, and, of course, a disputed election, the third in six tries.

The poll makes it clear that belief in the nation’s division is not a partisan issue, as Democrats, Republicans and independents all agree in similar proportions. Americans only seem to be able to agree on one thing - that they really, deeply disagree.