Iran Underlines Need for Removal of Cruel Sanctions against Syria 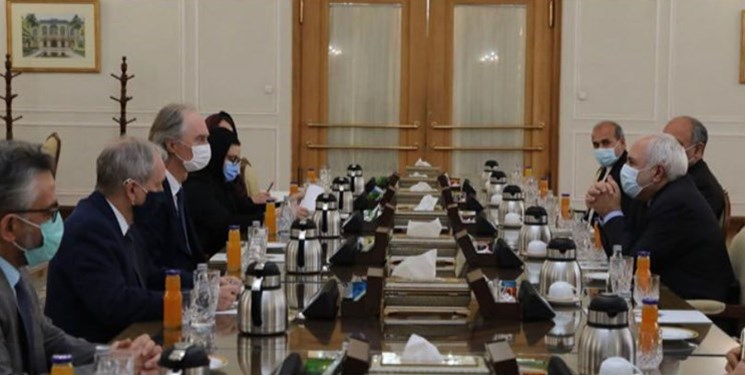 TEHRAN (FNA)- Iranian Foreign Minister Mohammad Javad Zarif said that the cruel sanctions against the Syrian government and people should be removed amid the coronavirus outbreak.

Zarif made the remarks in a meeting with UN Special Envoy for Syria Geir Otto Pedersen in Tehran on Sunday.

Pedersen, for his part, elaborated on the latest situation of the Syrian constitution committee and efforts to hold the next meeting, stressing Iran’s important role in settlement of the crisis in Syria.

In a relevant development on Saturday, Senior Assistant to the Iranian Foreign Minister for Special Political Affairs Ali Asqar Khaji in a meeting with Pedersen said that the western states are using the humanitarian issues in Syria to attain their political goals.