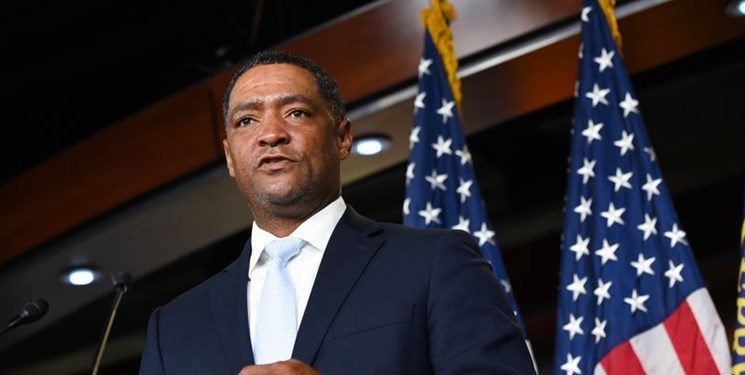 TEHRAN (FNA)- As Louisiana congressman Cedric Richmond takes a senior role in the incoming Biden administration, climate advocates and leaders in the fight against toxic air pollution in his district warned of his history of poor engagement with vulnerable communities and his ties to the oil and gas industry.

But they also have urged him to leverage his new position to help direct attention to their plight, The Guardian reported.

Richmond, who has represented a South Louisiana district for 10 years and played a key early role in Joe Biden’s presidential campaign, was named as a senior adviser to the president-elect and will become director of the White House Office of Public Engagement. He is meant to help advance the administration’s legislative agenda on climate change, as well as its response to the coronavirus pandemic and push for economic stimulus.

At a press conference on Tuesday Richmond, 47, announced he would resign from Congress to take up the position, but said he would continue to advocate for the citizens of Louisiana across a range of policy issues during his tenure at the White House.

“I look forward to changing not only Louisiana but the entire South and empowering its citizens,” Richmond said.

Although the Democrat has been a vocal proponent of certain progressive causes, including racial justice and police reform, Richmond has faced staunch criticism from both local constituents and climate activists, which intensified after a Guardian investigation last year, revealing his extensive donations from oil, gas and chemical industries, as well as his perceived indifference to local air pollution issues.

Richmond’s congressional district, which encompasses the city of New Orleans and a number of highly polluted communities along the Mississippi River, is home to seven of the 10 most air-polluted census tracts in America, according to EPA data. This is largely due to the continued proliferation of oil and gas refineries and petrochemical plants.

Richmond took a public stance on the issue after the Guardian’s reporting, calling for greater public engagement and vowed to meet with his constituents on the matter.

On Wednesday, Robert Taylor, president of the concerned citizens of St John Parish, a community group in one of the most polluted parts of the region, which is also the subject of the Guardian’s Cancer Town series, said he was cautiously optimistic about Richmond’s new appointment.

“I think he’s in a position now to be able to better serve the constituents of his district,” Taylor said, adding, “I’m happy to see him get the appointment, I just hope he uses it to help us.”

Taylor added, “I would like to see him hold these chemical plants accountable because they are getting away with murder.”

Richmond’s appointment comes as environmental groups plan to increase pressure on Biden to follow through with his plans to cut the pollution that harms mostly communities of color and fight climate change. While Biden has proposed spending $2tln on green infrastructure and other climate efforts, he could be hamstrung by a Republican-controlled Senate and forced to shift his strategy to what the White House can do without Congress.

The Sunrise Movement, a youth-led climate group that pushed Biden to intensify his climate platform, called Richmond’s hire a “betrayal”.

“Today feels like a betrayal, because one of President-elect Biden’s very first hires for his new administration has taken more donations from the fossil fuel industry during his congressional career than nearly any other Democrat, cozied up to big oil and gas, and stayed silent and ignored meeting with organizations in his own community while they suffered from toxic pollution and sea-level rise,” said Sunrise’s Executive Director, Varshini Prakash.

Louisiana in particular is vulnerable to both the air and water pollution from fossil fuel facilities and the rapidly worsening threats from climate change: rising seas, tougher hurricanes and worse heatwaves.

The Sunrise Movement and other progressive climate groups and lawmakers plan to rally at the Democratic National Committee on Thursday to demand bold action from Biden on the pandemic and the economic and climate threats facing communities.

Justice Democrats, a progressive group, said Biden’s hires are threatening his relationships with the left.

“Progressives make up nearly half of the Democratic party’s seats in the House of Representatives and should receive adequate representation in the Biden administration,” said Executive Director Alexandra Rojas.

But Biden transition officials told the Guardian that Richmond’s role would be “incredibly important” across a range of policy areas, including the climate crisis. The officials added that Richmond would work “with a wide range of groups to make sure that the Biden-Harris administration has a direct dialogue with the American people”.

“President-elect Biden knows that climate change is the challenge that will define our American future. The incoming White House staff members are committed to building an administration that will tackle the climate crisis and fight for environmental justice,” the official said.