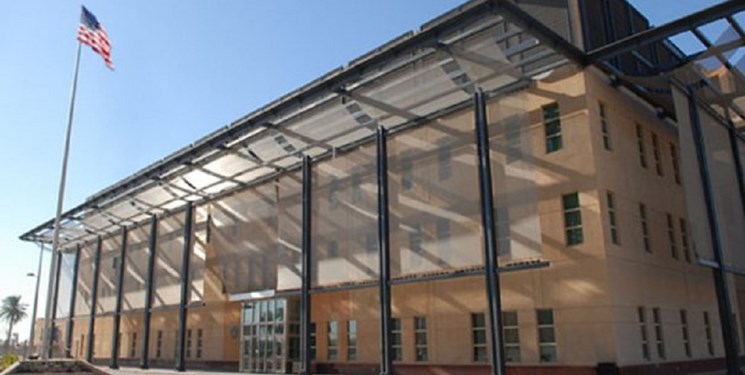 Sa’ad Mohammad al-Ka’abi told the Arabic-language al-Ma’aloumeh news website that Washington is violating Iraq’s sovereignty by mounting the C-Ram system at its embassy in Baghdad.

He added that the US embassy’s location in the Central parts of Baghdad which is the center for political decisions is suspicious, noting that presence of the American military forces inside the mission is also a violation of Iraq’s sovereignty.

“The US embassy has turned into a military base in the heart of the Iraqi capital,” al-Ka’abi said.

In relevant remarks in October, a representative of al-Fatah Coalition in the Iraqi parliament warned of the US embassy's destructive role, taking the mission responsible for the failure of economic and military agreements with China and Germany.

"The US embassy in Baghdad attempted to lead the military and economic agreements signed with other countries, including China and the German Siemens company, towards failure," Mohammad Karim said in an interview with al-Ma'aloumeh news website.

He also warned that continued deployment of the American forces in Iraq threatens the regional peace and security, adding that the US embassy in Baghdad plays a role in sabotage acts in the country.