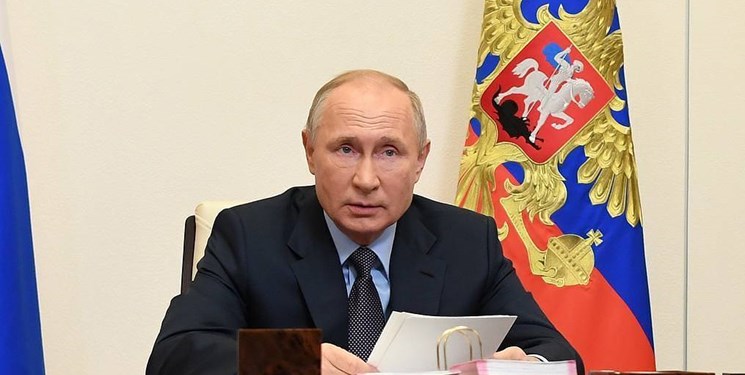 TEHRAN (FNA)- Russian President Vladimir Putin believes there are some problems in the US electoral system, but it’s up to Washington to change the old scheme.

"It’s absolutely evident - it’s clear for everyone in the world - it seems to me that this is clear for Americans that there are some problems in the US electoral system," Putin said in an interview with "Moscow. Kremlin. Putin" TV program on Rossiya-1 TV channel.

It’s up to Americans to evaluate the legitimacy of US election, Putin added.

"Well, whether the authorities are legitimate or not, first of all, it’s up to the Americans to evaluate this," the Russian leader stated.

Putin noted that "this is an extremely important thing, because the confidence of the people of this or that country in the political leadership depends on it".

Flaws in the US election system don’t give the US any right to accuse other countries that their election legislation is not perfect, Putin added, saying that "this [election process in the US] certainly gives no one the right to point the finger at the flaws in other political systems, including in election legislation".

The Russian leader also stressed that Moscow opposes meddling in its domestic affairs what the Americans do.

"Try to observe the election there. They don’t let observers closer than seven meters and even farther," he stressed.

Meanwhile, he noted that this is a US domestic affair.

Putin explained that he has not yet congratulated the presumptive winner of the US presidential election because there is the need to wait until all legal issues are ironed out.

The Russian leader noted that a formal delay with congratulations won’t worsen relations between Moscow and Washington, which are already bad.