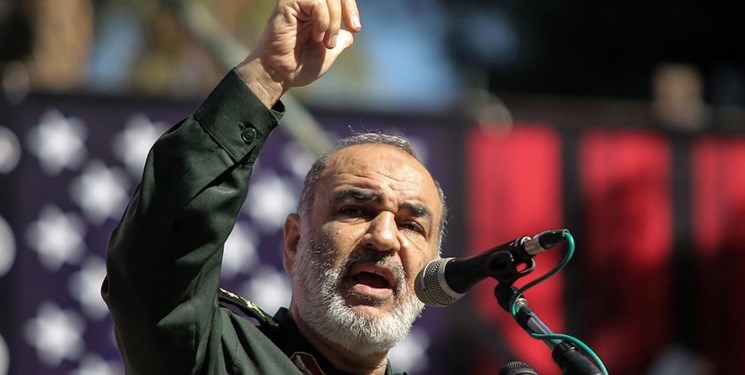 TEHRAN (FNA)- Commander of the Islamic Revolution Guards Corps (IRGC) Major General Hossein Salami said that the US military and economic power has sorely declined in the past decades and the resistance is eroding Washington's power.

“Today, the US has faced major economic problems and its military power has worn out too because a powerful erosive resistance power has expelled it from its strategic headquarters of the 40 years,” General Salami said, addressing a ceremony in Tehran on Sunday.

He noted that the erosive resistance power is now standing against the US, saying that Washington’s power is declining and it has collapsed and rotten from inside.

In relevant remarks in September, General Salami said that the US has now been isolated in the world and is withdrawing from the region.