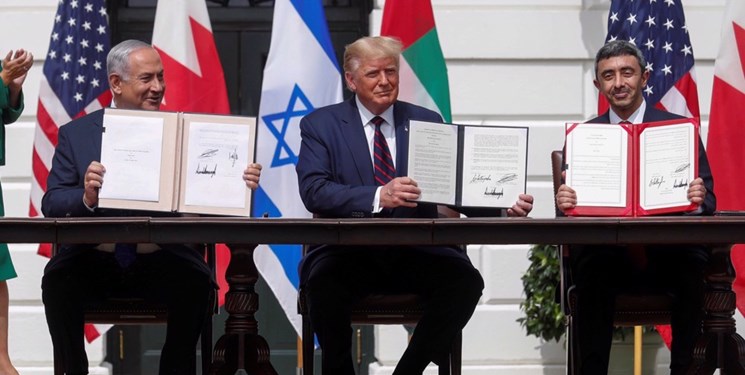 TEHRAN (FNA)- Dozens of Arab authors and intellectuals called for a boycott of book awards funded by the United Arab Emirates (UAE) in protest at a normalization deal between Abu Dhabi and the occupying Israeli regime.

They withdrew their participation at the International Prize for Arabic Fiction (IPAF) and the Sheikh Zayed Book Award, both of which are financed by Abu Dhabi’s Department of Culture and Tourism, presstv reported.

A group of 17 former IPAF winners, jury members and shortlisted authors penned an open letter to the trustees of the event demanding a halt to Emirati funding of the prize to “maintain its independence”.

Among the signatories of the letter are Lebanese novelist Elias Khoury, Moroccan author Bensalem Himmich and Palestinian-Jordanian author Ibrahim Nasrallah as well as Palestinian academic and author Khaled Hroub.

Hroub, who was an IPAF founding member, stressed that he can no longer be affiliated with the award as long as it is funded by Abu Dhabi, denouncing the UAE-Israel normalization a “shocking and sad trade-off” for the Palestinians’ rights.

“I used to have great cultural contacts in the UAE over the years, had many Emirati friends and took part in many activities, book fairs and festivals in the country. These activities have certainly contributed to the Arab cultural scene. But all this has now been thrown into uncertainty and replaced by Israel,” he said.

The UAE’s relationship with Israel is particularly concerning because bilateral cooperation extends beyond security and economy to education, culture and art, Hroub said.

“What would you learn culturally, educationally or artistically” from a regime that “colonizes and suppresses an entire people by force?” he asked.

Similarly, Nasrallah announced that he will not apply again as long as the normalization agreement is in place, adding that “hundreds of Arab writers” share his stance.

The author, who won the IPAF in 2018, further said that while UAE awards are well-paid, they “should never be a way to compromise human values such as justice and freedom”.

“We write guided by our conscience and values. Writers must have a voice, in general, and in their books, about what is happening in the world we live in,” Nasrallah emphasized.

Moroccan writer Zohra Ramij withdrew her latest novel from the Sheikh Zayed Book Award, which has been referred to as the “Arab world’s Nobel Prize”. Her compatriot poet Mohammad Bennis also resigned from the event’s organizing committee after serving on it for 10 years.

“My first role is to defend the value of freedom and to stand in solidarity with the Palestinian people who now find themselves isolated and alone,” Bennis said.

A separate open letter boycotting all UAE-funded festivals has also been signed by 80 prominent Arab filmmakers, musicians and artists.

One of the signatories, Palestinian-American comedian Amer Zahr said he will not perform in the UAE again, adding, “Nothing is more important than our principles and normalization with Israel is a red line. I cannot legitimize my oppressor.”

Palestinians have condemned the deals as a treacherous "stab in the back" of their cause against the Israeli occupation.