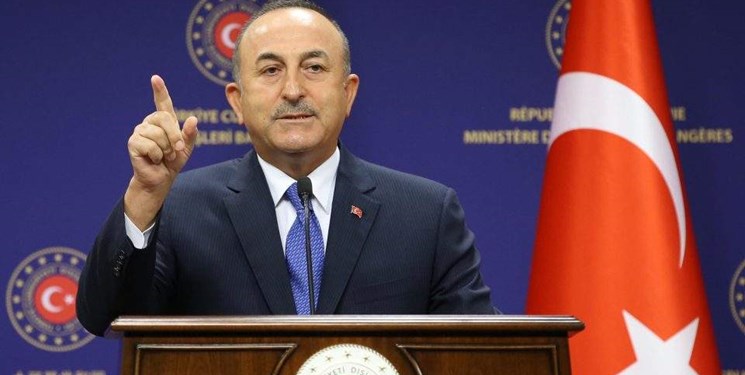 TEHRAN (FNA)- The EU should see the error of its ways and understand how valuable Turkey will be as a full member of the bloc, Foreign Minister Mevlut Cavusoglu said on Tuesday.

"We expect the EU to acknowledge its mistakes and understand the value that Turkey’s membership will add to the union. If that happens, we believe that a more productive relationship can be established for both parties," Cavusoglu told parliament's Planning and Budget Commission in the Turkish capital Ankara, Anadolu news agency reported.

Cavusoglu stressed that developments in the Eastern Mediterranean and Aegean affect Turkey's relations with the EU.

Some member countries bring their bilateral problems with Turkey to the EU, he noted, adding that those countries are using a "membership solidarity mask" against Turkey.

He stated that most countries see the importance of dialogue with Turkey for Europe's stability.

Turkey, in all its EU contacts, stresses its desire to forge constructive dialogue, Cavusoglu continued.

Turkey applied for EU membership in 1987 and its accession talks began in 2005. But negotiations stalled in 2007 due to objections of the Greek Cypriot administration, as well as opposition from Germany and France.

Ankara also says Brussels has failed to keep its promises under the 2016 EU-Turkey migration deal to help migrants and stem further migrant waves.