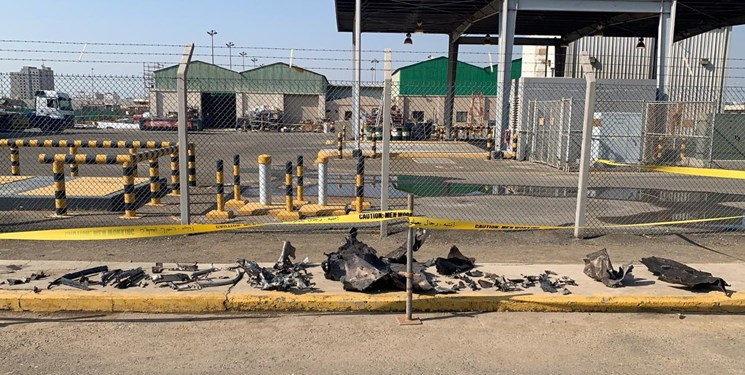 Abdullah al-Ghamdi, the manager of the North Jeddah Bulk Plant, told reporters during a tour of the facility on Tuesday that one of the 13 tanks used for diesel oil, gasoline, and jet fuel at the facility had been damaged and was out of service, presstv reported.

"This tank, as you see, is hit from the top side... there is major damage to the roof itself, it's a big hole that is almost two meters by two meters," he said.

Ghamdi added that the attack triggered an explosion and fire, "but it was controlled", He said the Monday attack had caused no casualties.

The spokesman for Yemen's Armed Forces, Brigadier General Yahya Saree, said in a statement on Monday that the distribution station had been targeted with the Quds-2 type winged missile with high precision. He said the attack came in response to the ongoing Saudi military aggression and siege.

Ghamdi said the attack had been "similar to what happened at Khurais and Abqaiq", referring to strikes on the two Saudi oil facilities in 2019.

In September 2019, Yemeni forces conducted retaliatory drone attacks on the Abqaiq processing plant and Khurais oil field in Saudi Arabia's east. The strikes cut the country's oil production in half.

Ghamdi said operations at the North Jeddah Bulk Plant, which supplies refined products, including jet fuel, to the country's west, resumed within three hours after the attack.

He said the company was assessing whether the targeted tank could be repaired.

Saudi Arabia and a number of its allies launched the devastating war on Yemen in March 2015 in an ongoing, unsuccessful attempt to suppress a popular uprising that had overthrown a Riyadh-friendly regime.

The United Nations (UN) says more than 24 million Yemenis are in dire need of humanitarian aid, including 10 million suffering from extreme levels of hunger. The world body also refers to the situation in Yemen as the world's worst humanitarian crisis.