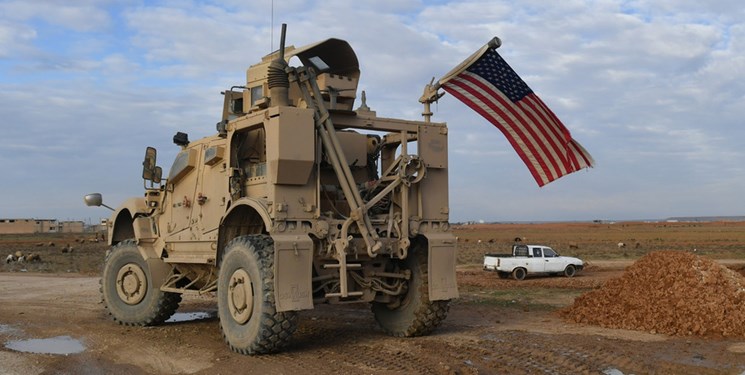 “The US begged us to stop the attacks for at least elections time because the government which has now failed in the election, had counted on its victory and did not want any security crisis to harm its position,” Mohyee said in an interview with the Persian-language service of al-Alam news channel on Wednesday.

Asked about the ceasefire agreement between the US and the Iraqi popular forces, he said that if Washington withdraws its forces from Iraq, the ceasefire will continue.

Mohyee, meantime, warned that if the US violates the terms of the agreement, the resistance front and the Iraqi nation will give it a crushing response.

Spokesman for the Iraqi Joint Operations Command announced on Friday the withdrawal of the first batch of US troops from the Arab country based on an agreement reached between the Baghdad and Washington.

“Today, the American forces began to withdraw and the number is 500, who were announced in accordance with the agreement between Baghdad and Washington recently,” Major General Tahsin al-Khafaji said in a statement.

He stressed that the remaining American forces in Iraq are not combat units, adding, “We only have those who meet the support for airstrikes to target ISIS (ISIL or Daesh) remnants, and logistical and advisory.”

Khafaji further said that the “withdrawal of US forces from Iraq will take place within a very short period, according to a schedule between Iraq and the United States, and according to specific timings”.

Last week, acting US Defense Secretary Christopher Miller said the US will reduce troop levels in Iraq from about 3,000 to 2,500 by mid-January.

The following day, Iraqi Foreign Minister Fuad Hussein confirmed that Baghdad and Washington had agreed to the pullout of 500 American soldiers after a telephone conversation between Prime Minister Mustafa al-Kadhimi and US Secretary of State Mike Pompeo.

In another development last Friday, Kata’ib Sayyid al-Shuhada, a faction of Iraq’s anti-terror Popular Mobilization Units (PMU) or Hashd al-Sha’abi, said resistance groups are waiting for the implementation of the Pentagon's decision to draw down its forces and then withdraw completely from the country in May 2021.

"We do not trust the decisions by the US, but we hope that it is honest in this step," said Kadhim al-Fartousi, Kata’ib Sayyid al-Shuhada spokesman.

Baghdad, he added, is still negotiating with Washington through joint committees to schedule deploying US troops outside Iraq.

"There is no alternative to the decision on the complete withdrawal of US forces from Iraq. This is because the withdrawal is a popular political demand, which was approved by the parliament on behalf of the will of the Iraqi people, so the government is obliged to implement it,” Fartousi underlined.