Envoy: US Sanctions Hamper Iran's Efforts to Fight against Coronavirus 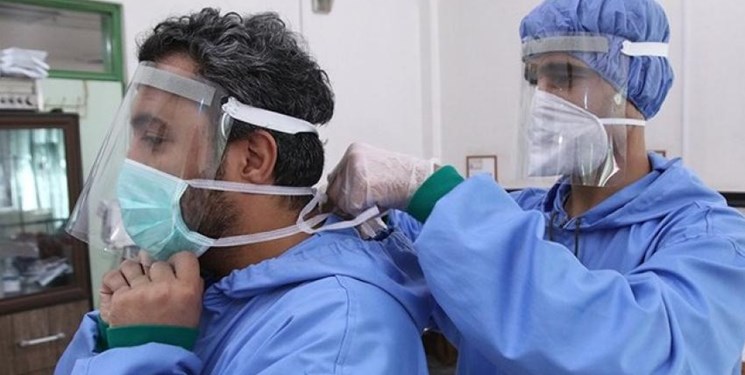 TEHRAN (FNA)- Iranian Ambassador and Permanent Representative to the UN Majid Takht Ravanchi said that the US harsh sanctions have left negative impacts on the country's efforts to fight against COVID-19 spread and treat coronavirus patients.

Takht Ravanchi made the remarks at a meeting of the UN Security Council on Wednesday.

He noted that the US sanctions restrict Iran’s access to financial systems as well as food and medicine.

“The Islamic Republic of Iran has been under US sanctions for more than 40 years," Takht Ravanchi said. 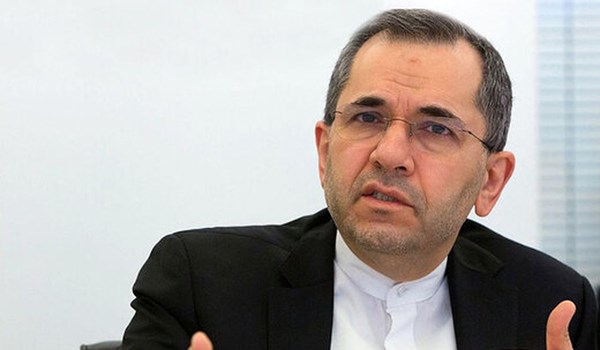 "Iran is currently facing the toughest sanctions ever imposed on any other country, and these limitations have severely hampered our efforts to combat the COVID-19," he added.

He went on to say that this inhumane tool is used by countries that claim to be the greatest defenders of human rights.

"These illegal, immoral, and inhumane punishments are a clear symbol of crimes against humanity and economic terrorism," he maintained.

According to Takht Ravanchi, Iran is unable to use its financial resources in some countries due to US sanctions and therefore is not able to buy medicine and medical equipment necessary in the fight against the coronavirus.

The Iranian diplomat further called for immediate action by the international community to lift the sanctions.

In relevant remarks last Monday, Iran's Ambassador and Permanent Representative to International Organizations in Vienna Kazzem Qaribabadi said that the United States’ unilateral sanctions against other nations are a clear violation of human rights, international law and the UN Charter.

Qaribabadi made the remarks addressing the 48th Session of the UNIDO Industrial Development Board via videoconference. The UNIDO meeting was held with the aim of promoting and accelerating inclusive and sustainable industrial development (ISID) in developing countries and economies in transition.

Qaribabdi criticized the illegal unilateral sanctions and their consequences on the actions of developing countries in the face of the coronavirus epidemic.

The Iranian ambassador underlined the importance of multilateralism and inclusive cooperation between countries to achieve the development of the industrial community and creating a capable environment for the benefit and welfare of the all.

"We must protect multilateralism as a value for industrialization and believe that there is a long way to go to achieve sustainable development and create a world with more prosperity and health for the people," Qaribabadi said while emphasizing the fundamental role of UNIDO in the activities and development programs of developing countries.

Referring to the coronavirus, Qaribabadi said that the fight against this pandemic requires a comprehensive, coordinated, and comprehensive multilateral response to support countries in need in order to enable them to take better compensatory measures.

He voiced deep concern about the serious consequences of the new disease for many developing countries, adding, "We continue to see the use of unilateral sanctions against other countries; such sanctions are in clear violation of the goals and principles of the UN Charter, international law, and human rights as well as the principles of multilateralism and the norms of diplomacy and international relations."

He called on the UNIDO members to cooperate to ensure the capacities and opportunities, as well as continued access of all developing countries to the equipment needed for the battle against the pandemic.

An official with the Health Ministry said on Monday that Iran will lodge complaint at the International Court of Justice (ICJ) against the United States due to Washington’s illegal sanctions on the medical and health sector of the country.

Tehran is going to sue Washington over its medical sanctions against Iran, Taher Mouhebati said at a virtual press conference, adding that the cruel sanctions have seriously hampered the trend of treatment of patients in the country amid the deadly virus epidemic.

“Documents have been delivered to the vice-president for legal affairs, and the government will lodge the complaint with ICJ against the US over impeding Iran’s access to life support system and medical supplies amid coronavirus pandemic,” he said.

He added that the vice-president will take legal action with the global judicial body against the US.