Spokesman: Iran in Possession of 3.8 tons of Enriched N. Materials 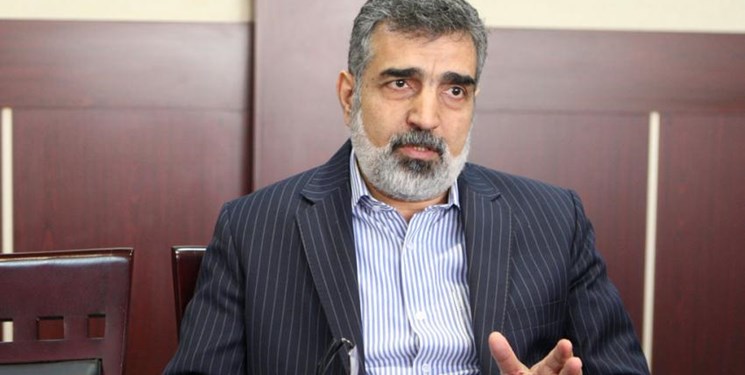 TEHRAN (FNA)- Spokesman of the Atomic Energy Organization of Iran (AEOI) Behrouz Kamalvandi said on Saturday that the size of the country's nuclear stockpile has increased to nearly 3,800kg of uranium, adding that the amount is increasing.

“It is obvious that enriched nuclear materials have been reserved in our country based on a plan,” Kamalvandi said in an interview with the Persian-language Tahlil Bazar website.

He added that before Iran’s decision to decrease its nuclear deal undertakings, the country had undertaken a 300kg ceiling for enriched uranium stockpile and export the surplus production, noting that after breaching the agreement by other parties, specially the US withdrawal, Iran suspended parts of its undertakings.

His comments came after Iran's Ambassador and Permanent Representative to the Vienna-based International Organizations Kazzem Qaribabadi voiced surprise at a recent US complaint about the size of Iran's enriched uranium stockpile, saying that the current amount of enriched uranium in Iran is no more than one-third of its reserves before implementing the nuclear deal.

He added that the US cannot withdraw from the nuclear deal and at the same time expect Iran to remain committed to its undertakings based on the agreement, saying that it is ridiculous that a country like the US which has thousands of atomic warheads and has used it against innocent Japanese people is voicing concern about Iran which is committed to its undertakings under direct supervision of the International Atomic Energy Agency (IAEA).

Qaribabadi said that Iran is cooperating with the IAEA to the highest levels and it is allowing one fifth of the UN nuclear watchdog’s inspections in all member states.