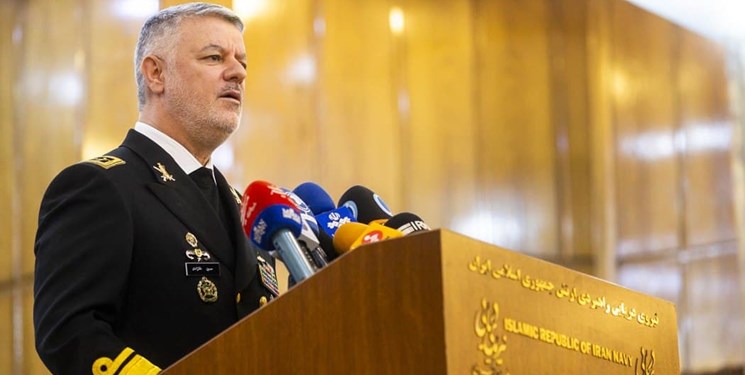 “Today, we are in possession of a combination of the most advanced equipment, including fire control, missile and artillery systems as well as new and state-of-the-art structures,” Rear Admiral Khanzadi said, addressing a ceremony on the occasion of the Navy Day on Saturday.

He referred to Iran’s home-made transport dock-helicopter carrier warship, and said, “The warship enjoys very good possibilities to deploy special operations teams and carry speed boats. Also, highly good defense tools have been mounted on this vessel which will join the Navy in the coming days. The vessel can help the defense capabilities of the Iranian Navy and bring change to the regional equations.”

Elsewhere, Rear Admiral Khanzadi said that construction of Damavand warship on the Northern coasts of the country is nearing en and it will be ready for voyage in the sea by the yearend.

Last month, Rear Admiral Khanzadi had said that the country would launch its first transport dock-helicopter carrier warship in November.

“We are trying to launch in November the first navy transport dock-helicopter carrier warship with the capability to carry helicopters and drones and a collection of missiles and arms systems,” Rear Admiral Khanzadi said.

He added that the warship named Khalij-e Fars can voyage around the Earth three times with one time of fuelinge, noting that the vessel can stay in the ocean for a long time and to develop a defense and security stability in the region.

“Such equipment establish security in the seas in the interest of the regional and world states,” Rear Admiral Khanzadi said.

He also informed that Destoyer Dena and a mine-hunter will also be unveiled in November. Dena, a vessel of the Jamaran-class, is currently undergoing its final trial stages and is more advanced than the previous ships of the same class.