General Qaani Vows to Take Revenge of Scientist’s Blood from Terrorists, Their Masters 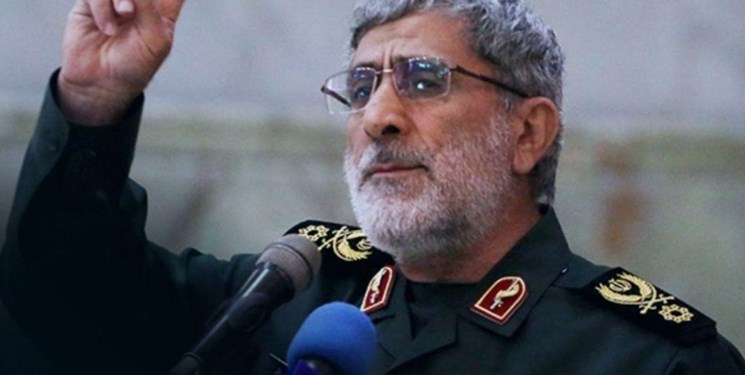 “We will ally with all forces who defend the Islamic land in order to take the revenge of the blood of this dear martyr from terrorists and their masters,” Qaani said on Saturday, noting that the terrorist act revealed the deceptive face of those who claim to support human rights, democracy and freedom.

He continued that the scientific growth, independence, and self-sufficiency of the Islamic nations will thwart the enemies’ plots.

The top commander reiterated that Martyr Fakhrizadeh was the honor of Islam in the combat against scientific monopoly of the domineering system.

Fakhrizadeh's car was targeted by an explosion and machinegun fire in Damavand's Absard 40 kilometers to the East of Tehran on Friday November 27.