Beau Grosscup: US Aerial Bombardment ‘Clean’ to Them, ‘Dirty’ for Civilians on Ground 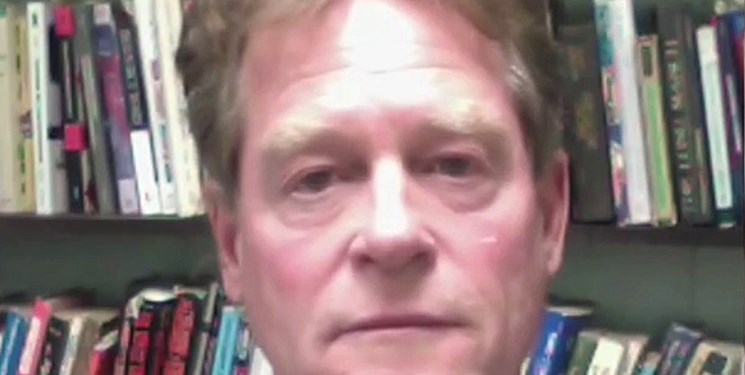 TEHRAN (FNA)- Beau Grosscup, professor of Political Science, says the US relies on “terrorism from the sky” by which civilian infrastructure are targeted, to make the civilians suffer and force a quick surrender.

Speaking in an interview with FNA, Professor Grosscup shed light on why the US accepts certain countries which have committed war crimes place order for its fighter jets, and said, “As the most powerful nation the US ‘owns’ the word ‘crime.’ Thus, the US tells the world who are the criminals and who are not… The reality is that the US never has been against dictators—they just have to be ‘our dictators’--thus support for Saddam Hussein, until 1990 when he attacked the US ally Kuwait, and now Saudi Arabia.”

Q: Under former US President Barack Obama, the US drones did not target Daesh’s strongholds near American military camps in Syria; only a few years later under Donald Trump, Iranian anti-Daesh Major General Qassem Soleimani was assassinated by a US drone attack. What do we learn about the US’s policy based on its aerial bombardment policy?

A: The US has come to rely on strategic bombing (terrorism from the sky) as the central component of war fighting since WW II with the advancement in aviation/missile/drone technology. It is based on the bombing nations’ desire (of which the US is the leading proponent) to fight ‘robo’ wars-- fighting ‘clean wars’ from 30,000 feet in the air, or now with drones, the ‘fighter’ sitting at a computer far away. Of course the aerial bombing strategists know that what is ‘clean’ to them (out of harms way) is very dirty on the ground, especially for civilians. Since the beginning of strategic bombing (early post WW I), a strategy whose targets were civilian cities, the point was to punish those they assumed would surrender easily (women and children/a few old men.) Now the principal targets (to dodge the terrorism label) is the enemy’s ‘civilian infrastructure’ (hospitals, dams, electric grids, transportation facilities etc.) again to make the civilians (women and children) suffer and force a quick surrender. The other central operating principle (related to Daesh facilities) is not to bomb your allies, but also not to destroy or punish the people you will depend on to govern the peace.

Q: Despite the major dispute against the airstrikes carried out by the Saudi-led Coalition in Yemen, Riyadh has been and still is a major customer of the American and British fighter jets and military drones. How would the West accept such states with such records place order for their fighter jets?

A: Saudi Arabia (and all US allies and itself) is immune to charges of ‘crimes against humanity’ because, as the most powerful nation the US ‘owns’ the word ‘crime.’ Thus, the US tells the world who are the criminals and who are not (same with terrorists/freedom fighters) and has the power to enforce that decision diplomatically, in policy, language and in the Western political-legal system. Secondly, although the US protests against dictatorships and proclaims to be pro-democracy, the reality is that the US never has been against dictators—they just have to be ‘our dictators’--thus support for Saddam Hussein, until 1990 when he attacked the US ally Kuwait, and now Saudi Arabia. The US also has plenty of arms to sell its Middle East allies (and allies all over the globe). Being a capitalist society, it is about profit, but also having those well-armed/supplied nations fight proxy-wars in its place and in its interests. Finally, the US escapes (dodges) responsibility with the claim that ‘yes, we sell the criminals our weapons, but we are not responsible for how they use them.’ Again, being the most powerful nation, the US can make its claim ‘stick’ (meaningful.)

Q: Iran downed an American Lockheed Martin RQ-170 inside Iran near its border with Afghanistan in December 2011, and shot down a US RQ-4A Global Hawk BAMS-D drone with a native surface-to-air missile in its waters over the Strait of Hormuz in 2019. These are just two of the many instances. Are the taxpayers in the US, other Western partners, and in the customer countries aware of the pitfalls of the US multi-billion war-plane industry?

A: The US public is well-aware the US National Security State is using their tax dollars to pay for what are expensive -at times- ‘faulty’ products. But, the bulk of the public (and US politicians of both major parties) do not complain or protest because they have been told for decades that the US is in a technological ‘arms race’ with its enemies--that the US must win, as at stake is the US’s preeminent place in the world, the ‘American way of life’, and all things good and moral. Thus, the cost of winning is of no matter. What matters is staying ahead of the enemy technologically, be it in the development of the fighter jets, missiles, small arms weapons, drones—indeed all things military. It is true the US citizenry is not aware/told of cost overruns, contract bribes, test failures, production delays, or many other ways in which their tax dollars are wasted by the military-industrial complex. Defined as ‘matters of national security’, officials of the National Security State have made it very clear to the US general public, and even to some politicians, that you have ‘no need or right to know’. The corporate media is complicit in this assertion.