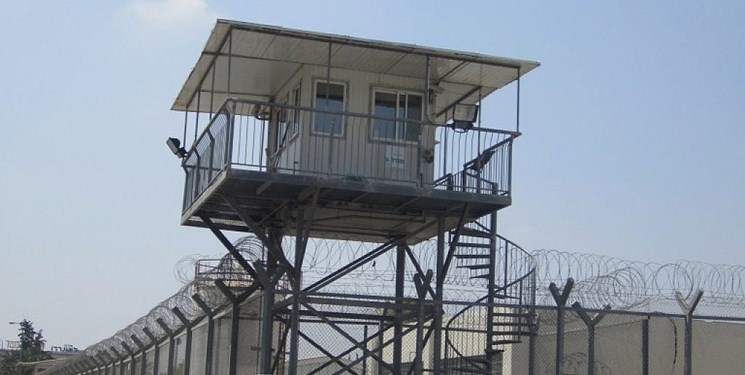 TEHRAN (FNA)- A Palestinian human rights group expressed serious concern over the condition of sick Palestinian inmates in Israeli jails, saying many of them are facing death due to their exposure to deliberate medical neglect.

Riyad al-Ashqar, director of the Palestinian Center for Prisoners Studies (PCPS) warned in a statement on Sunday that scores of Palestinian prisoners with serious health conditions are likely to die in Israeli jails because prison services deny them medical aid, presstv reported.

He called on relevant authorities to provide adequate health care services to the sick Palestinian prisoners languishing in Israeli jails, whom he described as “living martyrs”.

Ashqar said there are more than 700 prisoners suffering from health problems, 150 of whom suffer from serious issues such as cancer, kidney failure, heart problems and muscle atrophy.

Many Palestinian prisoners who suffered serious illnesses have lost their lives either in Israeli jails or shortly after their release.

The deceased Palestinian suffered from bad health condition during his detention and in 2017 had a heart attack, but medical negligence by the Israel prison authorities contributed to the deterioration of his health until his death.

Also in July, 75-year-old Sa’adi al-Gharably – a resident of the Shuja'iyya neighborhood of Gaza City – died in the infamous Ramla prison hospital. He was suffering from a number of health conditions, including diabetes, high blood pressure as well as poor hearing and eyesight, and had recently been diagnosed with prostate cancer.

Back in October 2019, the Palestinian Detainees and Ex-Detainees Affairs Commission reported that sick Palestinian prisoners in Ramla prison hospital are facing a slow death on a daily basis because of their exposure to deliberate medical neglect.

According to the commission, nearly a dozen of the Palestinian prisoners are in very serious health conditions and most of them cannot move without wheelchairs.

They rely on other prisoners when taking shower, changing clothes, eating and drinking.

The commission then appealed to international human rights, legal and humanitarian organizations to urgently intervene to save the lives of sick prisoners in Israeli jails, and put an end to the Israeli officials’ policy of medical negligence against Palestinian prisoners.

More than 7,000 Palestinian prisoners are currently being held in some 17 Israeli jails, with dozens of them serving multiple life sentences.

Over 500 detainees are under the so-called administrative detention in various Israeli prisons. Some prisoners have been held in that condition for up to 11 years without any charges.

The co-called Israeli administrative detention is a form of imprisonment without trial or charge that allows the Israeli authorities to incarcerate Palestinians for up to six months, which could be extended for an infinite number of times.

Palestinian detainees have continuously resorted to open-ended hunger strikes in an attempt to express their outrage at the detentions.