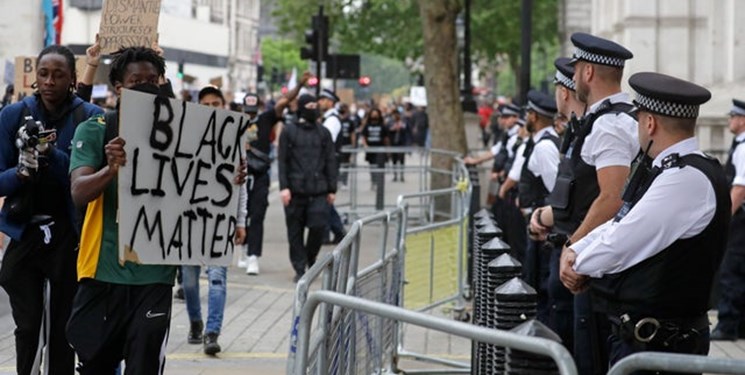 TEHRAN (FNA)- The black community’s confidence in police is at the lowest level in decades, a former superintendent in the Metropolitan Police warned.

Leroy Logan, who was chair of the Black Police Association for 30 years, said there have been years of “heavy-handed policing” as he noted black people are dramatically more likely to be tasered than white people, The Independent reported.

He argued young people feel as if they are “over-policed and under-protected” and see the police as predators.

Logan, who decided to sign up to the police after seeing two officers assault his father, told Times Radio Breakfast the “system failures” which were being discussed 20 years ago still exist.

Logan added, “We’re still seeing real issues around how the day to day encounters between police and the community, especially the black community, are not positive.

“In fact, trust and confidence, in their respects, are the worst they’ve been for decades," he said.

“In response [to the] Stephen Lawrence killing ... we’ve seen how young people feel they’re over-policed and under-protected, they see the police as predators, even though they’re in the same uniform," Logan added.

“And it can’t be just because they just had a bad day with the police. This is from generations, years and years of heavy-handed policing, having an impact now. That cannot be allowed,” he said.

The former officer, who was given an MBE for his work in the police force, noted almost eight in 10 people who are tasered are black – adding that over 8 percent of people on the DNA database are black rather than white.

His remarks were made in response to Cressida Dick, the Met Police chief, telling The Sunday Times over the weekend that there are issues of discrimination and racism within the police.

“I have consistently said the Met is not free of racism, discrimination or bias,” she told the paper.

“We have zero tolerance of people who display racist behaviour, we sack people who do, they are not welcome and the vast majority are reported by colleagues. But we’re not free of these things – I am not naive. Nor are other London institutions, or British or London society generally.”

Black people constitute 8 per cent of recorded deaths in police custody in Britain even though they only make up 3 per cent of the wider population.

While data showed Met Police officers were four times more likely to use force against black people in comparison to white people. The Metropolitan Police wielded force 62,000 times in 2017-18 – with more than a third of instances involving black people.

Black people are also substantially overrepresented in the UK prison population and the 2017 Lammy Review found black people constitute 12 percent of prisoners. Almost half of under-18s in custody are from black and minority ethnic backgrounds.

Thousands of protesters gathered across the UK during the summer to challenge police brutality and systemic racism following the death of George Floyd in US police custody.