Iranians Ask Parliament to Lower Cooperation with IAEA, Demand IRGC to Give Crushing Response to Terrorists 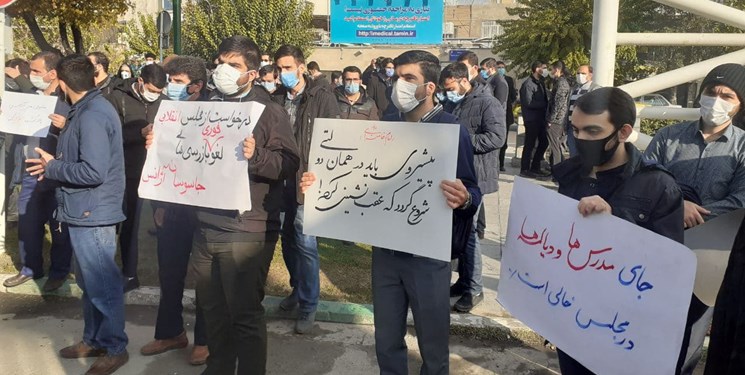 TEHRAN (FNA)- People from different walks of life, including university students, gathered in front of the parliament in Tehran on Tuesday, calling on the legislative body to reduce cooperation with the UN nuclear watchdog and demanding the Islamic Revolution Guards Corps (IRGC) to give a crushing response to the terror attack on nuclear scientist Mohsen Fakhrizadeh.

The ralliers carried placards which called for an immediate stop to the implementation of the Additional Protocol to the Non-Proliferation Treaty (NPT) and expulsion of the International Atomic Energy Agency (IAEA)’s inspectors from Iran.

They also called on the legislators to show a firm and powerful reaction to the assassination of martyr Fakhrizadeh and approve laws which ristrict Iran's vast cooperation with the IAEA. 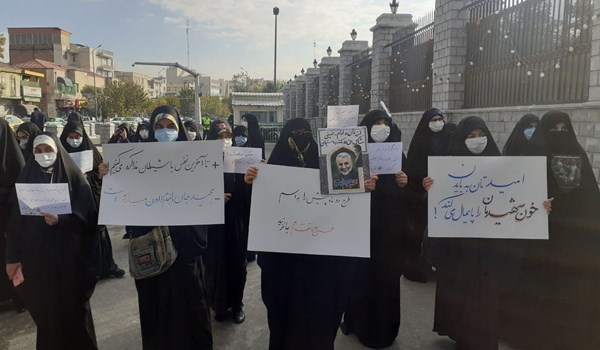 The demonstrators chanted “death to the US” and “death to Israel” slogans, calling on IRGC Commander Major General Hossein Salami and IRGC Aerospace Commander Brigadier General Amir Ali Hajizadeh to give a crushing and revolutionary response to the perpetrators of Fakhrizadeh’s assassination.

They also underlined the need for the Iranian officials, specially the security and military officials, to take tough actions to make enemies understand that the era of hit-and-run has ended.

A similar gathering had also been held in front of the parliament building on Saturday, where demonstrators urged the government and Armed Forces to take revenge for the assassination of nuclear scientist Mohsen Fakhrizadeh.

At the gathering, the ralliers chanted ‘death to the US’, ‘death to Israel’ and ‘we are ready for martyrdom’ slogans, and condemned the terrorist attack on Fakhrizadeh.

They also called for a harsh revenge from the culprits and perpetrators of the assassination, asking the Atomic Energy Organization of Iran (AEOI) to stop inspections of the IAEA whose reports on Iran’s nuclear program and naming of the Iranian nuclear scientists have led to the assassination of several of them so far.

The Iranian parliamentarians in their Tuesday meeting ratified the generalities of a bill to adopt strategic measures to remove sanctions against the country and defend the nation’s interests.

The lawmakers had last month given green light to the single-urgency of the strategic motion, but the plan turned into a double-urgency on Sunday after the assassination of the Iranian nuclear scientist Mohsen Fakhrizadeh. 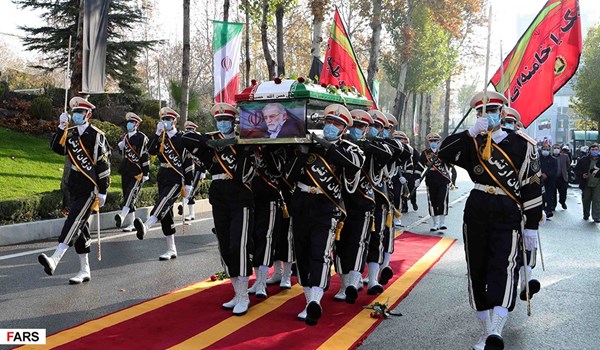 After ratification of the generalities of the bill with 251 yes votes, Parliament Speaker Mohammad Baqer Qalibaf said that the move sent this message to the enemies that the one-way game has ended.