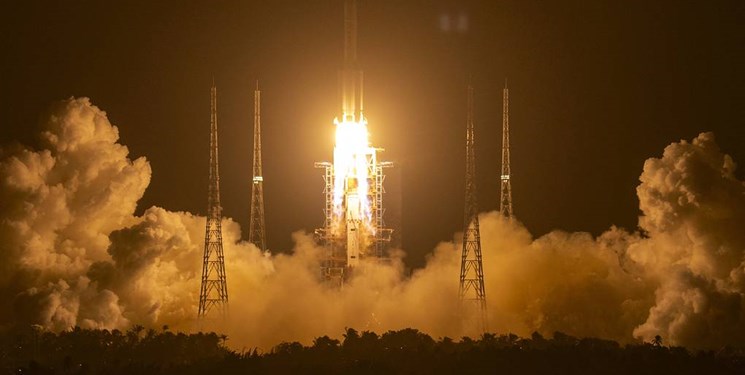 TEHRAN (FNA)- China's Chang'e-5 probe completed sampling on the moon, and the samples have been sealed inside the spacecraft, the China National Space Administration (CNSA) announced Thursday morning.

Launched on November 24, the spacecraft landed on the North of the Mons Rumker in Oceanus Procellarum, also known as the Ocean of Storms, on the near side of the moon on December 1, tasked with retrieving China's first samples from an extraterrestrial body, Xinhua reported.

After the spacecraft worked for about 19 hours on the moon, the sampling ended at 10:00 pm. Wednesday (Beijing Time), and the samples were stowed in a container inside the ascender of the probe as planned, said CNSA.

By using data sent back by the probe, researchers simulated the sampling procedure in a lab, providing an important basis for the operation on the moon.

The lunar regolith penetrating radar and other payloads installed on the lander have carried out scientific exploration as planned and provided information support for sampling.

The probe has withstood temperatures of over 100 degrees Celsius on the lunar surface.

The probe has adopted two methods of moon sampling, including using drills to collect subsurface samples and grabbing samples on the surface with a robotic arm. Diverse samples at different sites have been gathered.

The moon samples have been sealed inside the spacecraft to ensure that they are kept in a vacuum and free from the influence of the external environment during its return to the Earth.

Before the sample drilling process, the lunar regolith penetrating radar analyzed the subsurface structure in the sampling area, offering data reference for sampling.