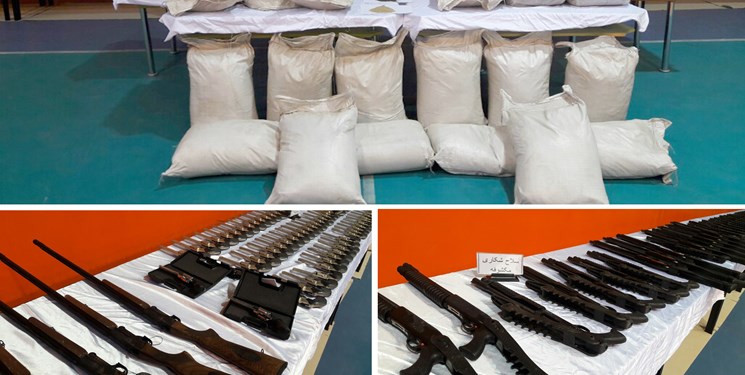 During the operations in West Azarbaijan province in Northwestern Iran, the Iranian ringleader along with 3 main members of the network were detained and 520kg of heroine was seized from them.

Also, big depots of weapons and ammunition, including over 500 small handguns, military-grade weapons and hunting guns and a large amount of ammunitions were discovered and seized in the bordering villages of West Azarbaijan province.

In a relevant development in the same province in August, a team of outlaws and anti-revolutionary militants was dismantled by the Islamic Revolution Guards Corps in the Northwestern city of Makou.

The IRGC’s Hamzeh Seyed al-Shohada base’s public relations department announced in a statement on Monday that 3 outlaws and members of anti-revolutionary grouplets who had crossed the Iranian borders were killed in clashes with the IRGC forces.

It added that a large number of weapons, ammunition and military equipment were seized from them.

“None of the Iranian forces were wounded in the clashes,” the statement said, warning that any threat and mischief against the country will receive a crushing response.