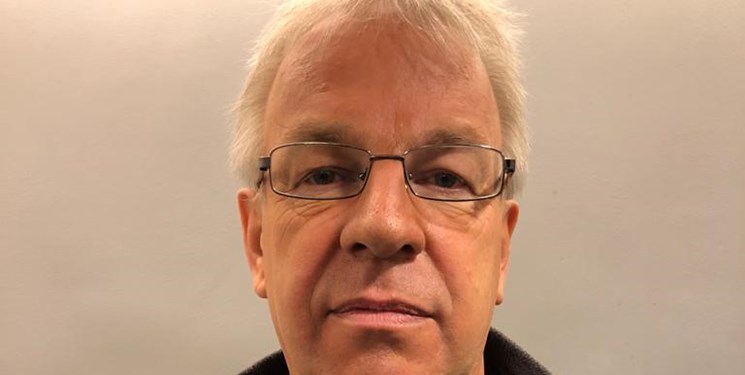 Speaking in an interview with FNA, Chris Den Hond said while French government ignores radical Jewish and Christian Corsicans, Basks or Bretons separatists, it has proposed an anti-Muslims bill which “will be more stigmatization of the entire Muslim community and the non-explicitly expressed words of making Muslims responsible for all the ‘bad things’ happening in French society…. French political leaders never highlighted the direct links between French weapons sold to Saudi Arabia, the United Arab Emirates, Qatar, Turkey and the rise of ISIS.”

Chris Den Hond is an author and broadcast journalist. He is on the editorial committee of the online magazine Orient XXI, which focuses on Muslims affairs.

Q: French National Commission on Human Rights reports racism against Muslims has risen by over 50% in the last year. Why is that?

A: The National Consultative Commission on Human Rights, an official body of the French government, says racist acts against Muslims have been raised by +54%, while racist acts in general increased by 130%. ISIS made it easy for conservative political leaders to stigmatize the entire Muslim community for the terror attacks. The terror attacks in 2015, remotely controlled by ISIS and claimed by persons "in the name of Islam" are certainly responsible for a rise in racism amongst the French population; but, the French government and the mainstream media have made a mix between radical Islamists and the Muslim community in general. French political leaders never highlighted the direct links between French weapons sold to Saudi Arabia, the United Arab Emirates, Qatar, Turkey and the rise of ISIS. Add to that the ghettoization in certain cities or areas (pointed out at by Macron himself), encouraging people to consume more and value money and lack of work perspectives all have made an explosive cocktail of growing tension in the French society with violence and racist acts as a direct consequence.

Q: Is the government responsible for restricting racial discrimination?

A: In his speech last Friday, French President Emmanuel Macron blamed what he called "radical Muslims who are trying to set up a parallel order and take full control of society." That kind of statements can only lead to more hatred and fears in the French society, and as a direct consequence, more racist acts. You have also radical Christians and radical Jews who are trying to destabilize society, but they are not at all targeted by the French authorities. Olivier Le Cour Grandmaison, the author of "Racisms in France", says that "we are facing a State racism in a sense that several institutions, including the police, openly practice facial discriminations, with the support from different Interior Ministers, either left or right wing." Field sociological studies have shown that in the Paris area, Blacks or Arabs have a 6 to 8 times higher probability of being controlled by police forces than if you are of European type. Studies show, since 2005, that there is a revival of apologetic discourses regarding colonialism by former President Nicolas Sarkozy, by former Prime Minister François Fillon and of course by Eric Zemmour and plenty of media personalities who consider themselves historians. This is self-explanatory.

Q: After failing to condemn Charlie Hebdo’s insulting toons, President Macron has introduced an “anti- separatism” bill focusing on Islamic community in France. How do you find the bill?

A: Macron calls it "anti-separatism", because it sounds more sympathetic than calling it "anti-Islamist". But no one is buying that. His entire speech was focused on "Islamic separatism", not on some Corsicans, Basks or Bretons who want to separate from the French state. His speech has been so much criticized that the word "separatism" has already been removed from the proposed bill. But not the content. President Macron's new bill aims at tightening control over mosque financing and associations serving religious communities. Associations, which receive state funding, would be made accountable for their spending, leading to more French state control on mosques. The import of Imams coming from Turkey, Algeria or Morocco would become more difficult, but the most palpable consequence of the proposed bill, that will be discussed in French Parliament in early 2021, will be more stigmatization of the entire Muslim community and the non-explicitly expressed words of making Muslims responsible for all the "bad things" happening in French society.