Time to Put Ethics to Work in Persian Gulf 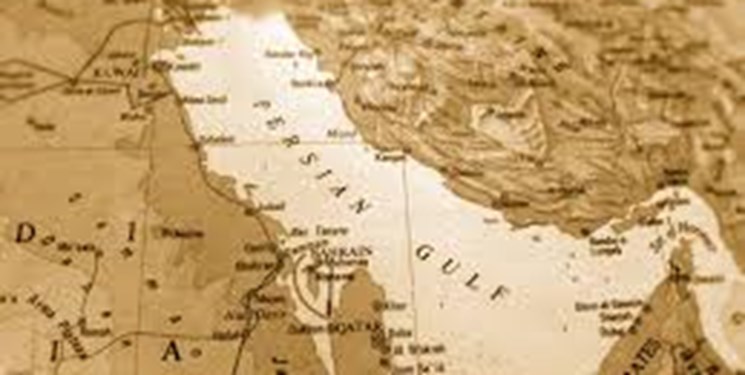 TEHRAN (FNA)- These are uncertain times for the long-suffering people of Afghanistan, Iraq, Syria and Yemen, as the United States has no intention to represent the halls of dialogue and international law with them.

According to the US Defense and State departments, the US sold $175 billion in weapons to its allies in the Middle East and beyond in fiscal 2020, a 2.8 percent rise from the previous year’s total. The total comes at the end of the Trump administration, which made increasing arms exports to the Middle East a key part of its economic growth platform.

Export licenses via the Direct Commercial Sales program totalled $124.3 billion in FY20, up from $114.7 billion the previous year. Deals made through the Foreign Military Sales program, which cover the majority of large defense articles, totalled $50.78 billion. Despite back-to-back years without growth, US officials expressed optimism, pointing to the three-year rolling average of implemented FMS cases - which rose from $51 billion covering FY17-FY19 to $54 billion covering FY18-FY20 - as a sign of overall growth.

While industry cheers the sales total, innocent civilians continue to suffer in the war-torn countries of the Middle East. Far from listening to what these people have to say in this respect, the US government and the Pentagon regime continue to sell doubt about the most basic aspects of international law and international humanitarian law in order to justify their lucrative arms sales, destructive military presence and protracted wars.

In this fallacy, the argument is largely the same throughout the years that the US government is not capable of protecting civilians or sell peace in the region. America’s military presence only adds more pressure and chaos to the struggling countries. In this sullen apathy neither truth nor justice can be found.

What is vaguely visible is that America’s partners in crime, mainly Saudi Arabia, Bahrain and the United Arab Emirates, are also unable or intentionally blind to see that the US is only there to sprout anti-Muslim trash, or permanently project power and influence in the region. They equally cannot see that their grandiose thinking in places like Yemen and Syria put the entire Muslim world territory in danger.

Here’s its essence: The Arab world’s high-risk, low-reward call for the US to interfere in regional affairs is bad in terms of policy, finance and economics. By making the attempt they have alienated their neighbours. Under international law, these neighbours are unlikely to give up their legitimate rights to defend and to resist. They will continue to take all necessary measures in response to the provocative moves and wars of deceit, and America’s regional vassals will have to bear all the consequences.

Such a rational might explain why US-manufactured security and arms sales are not served up on a platter. Washington will put pressure on its vassals to come to terms on cost-sharing agreements over its naval forces in the Persian Gulf, as well. Experience tells us this could further damage the region’s economy and inflict more punishment on the people within that have already endured terrible hardship because of the pandemic, low oil prices and the global downturn.

None of this should come as any real shock, but the US always raises the issue of alliance burden sharing costs. The only problem is that regional states are not economic powers, and they have no ability and means to pay forever for the direct and indirect costs of US forces stationed on their territories.

In this strange moment of ours, the Arab world’s security-fuelled dreamscape has to be little more than an afterthought, but this time when Joe Biden begins presidency it could backfire if they are not careful amid the pandemic. Much of their rhetoric against countries such as Iran are bombast, as the US won’t be able to make up for the damage a new conflict would do to the Arab world’s economy.

Washington has no problem causing greater hardship for the region so long as it gets to interfere in their internal affairs, sell weapons, command regional order, and restrain and contain the Muslim world’s unity and development. The emphasis would always be on the more the merrier - at the expense of regional partners and allies.

In the current environment, what the political class in the region needs is to have some teeth to put ethics to work. For instabilities and insecurities of the kind they talk about, they need only to make common sense work. What, you might wonder, would the situation have been like had they abandoned the culture of complicity and helped break America’s wall of impunity which has only provided fertile ground for the rise of terrorism and interlinked conflicts?

It could have been different, because the presence of American naval forces in the Persian Gulf periphery has already reached its sell-by date. The current situation, marked by America’s disrupting naval drills, arms sales and proliferation of non-state actors, as well as self-appointed role as the warden of Middle East order and the guarantor of Araba world’s security could be easily resolved through policy reversal and a surge in diplomacy and amity with Tehran.

Right on cue, the regional countries also stand to win if they take the new mission creep rhetoric from politicians and their self-defeating shell game seriously, seeing that further presence of American naval forces and arms sales will only make a nightmarish American imperial adventure worse.

Together, the people of the region and their governments have the power to stop this folly they know is irresponsible, inconclusive and damaging. It falls to them to call for diplomacy with Tehran and to start circling public demands for an American exit strategy and not an escalation that seriously breaches international law and basic norms governing international relations.