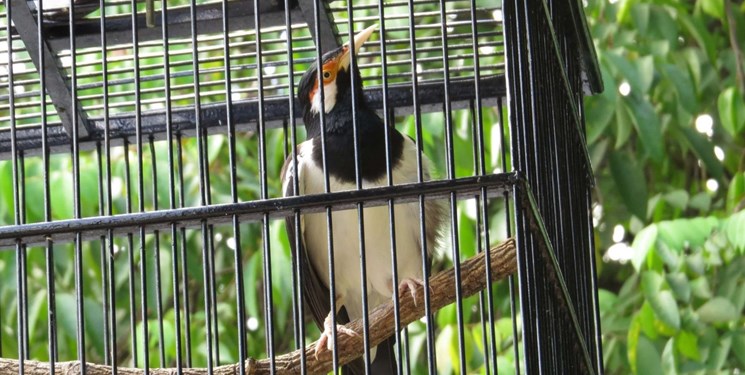 Indonesia hosts 16% of the worlds bird species and is widely acknowledged as the global epicenter of the wild bird trade. The majority of this trade is concentrated in Java, Indonesia's fourth largest and most populous island. Songbirds, in particular, are highly sought after, with bird owners falling into three main consumer groups: hobbyists, who own birds primarily as pets; contestants, who own birds to enter in singing contests; and breeders, who own birds to breed and/or train for resale or as a pastime.

Previous work by lead author Dr. Harry Marshall and his team has suggested that up to 84 million birds are held in captivity on the island of Java alone. Trapping of wild-caught birds in Indonesia and other parts of Southeast Asia has is causing wild bird population declines, a phenomenon known as the 'Asian Songbird Extinction Crisis' (ASC).

Dr Marshall said: "The extinction crisis is affecting many countries across Asia, where wild bird populations are facing synergistic pressures from both habitat loss and trapping pressure driven by the demand for pets."

This research has uncovered that the consumption behaviour of hobbyists, who represent up to 7 million households, poses the greatest threat to Indonesia's rich avian biodiversity.

Stuart Marsden, Professor of Conservation Ecology at MMU, and co-author of the study, said of the largest consumer group: "The large volumes of birds owned by hobbyists, including the largest proportions of potentially wild-caught and threatened birds, are acquired primarily on the basis of convenience and availability, with little importance placed by buyers on their origin."

Breeders and contestants generally invested more of their time and money in their birds, whereas hobbyists spent less money.

Furthermore, the researchers discovered that contestants exhibit a highly problematic behaviour for conservation, as they show a preference for fashionable species that often fall victim to the spiral of increasing rarity in the wild, rising market value, further demand, and sustained trapping pressure. The results show that behaviour varies significantly between the key groups of the songbird owner community. The high rates of mortality of birds amongst hobbyists indicates pinch-points to target education and demand reduction.

Dr Andrew Moss, Lead Conservation Scientist at Chester Zoo, also co-author of the research, said: "Our study provides behavioural change efforts with demographic and geographic profiles to target bird-keepers, who tend to be more affluent and live in the eastern provinces and urban communities. "

Dr Marshall, along with a team of 9 Indonesian students from collaborating institution Atma Jaya University Yogyakarta, used a questionnaire survey to collect data from more than 3,000 households across the six provinces of Java. The data collected during this research will be also used as a baseline for future studies to detect changes in behavioural choices and demand as a result of conservation interventions.

The team found that hobbyists tended to be middle-aged bird-keepers living in the western provinces, whereas contestants were younger urban bird-keepers employed in business, and breeders were commoner in the eastern provinces, where a strong bird-breeding tradition persists. This shows a clear geographic split between different user-groups, further informing behaviour change efforts.

Study co-author Dr Pramana Yuda, Associate Professor in Biology at Atma Jaya University in Yogyakarta, Indonesia, said: "Importantly, our profiles of user-groups will indicate the sources of the biggest threats to wild birds, and guide attempts to reduce its impact on wild populations and their host ecosystems through behaviour change interventions."

By further classifying a diverse consumer group, evidence-based conservation efforts such as this can avoid the pitfalls of over-generalising about groups of wildlife consumers, which can complicate demand reduction efforts. However, one limitation highlighted by the authors is that they were unable to sample higher-end consumers due to inaccessibility.

By understanding who buys bird, where, why and for how much, future efforts can focus on the 'demarketing' of wild?caught birds.

Prof. Nigel Collar, research fellow at BirdLife International and another co-author, said: "Efforts to increase the sustainability of bird-keeping in Java should focus on emphasising the importance of captive-bred birds to hobbyists, whilst also incentivising legitimate breeding enterprises among contestants and breeders."