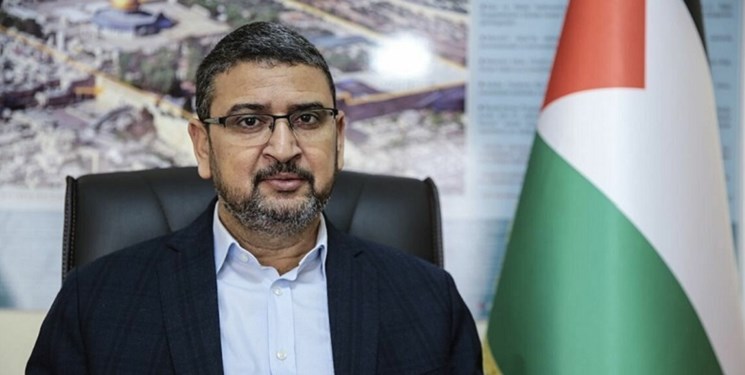 "Statements made during visits by some Emirati officials to the Israeli occupation went over the line and reflect unlimited UAE support for the settlement and occupation," Hamas spokesman Sami Abu Zuhri wrote on his Twitter account.

"Such statements also confirm the UAE involvement with the occupation against Palestinian rights and the interests of the peoples of the region," he added.

During recent visits to Israel and the Israeli-occupied Golan Heights, a number of Emirati and Bahraini officials made statements showing support for Israeli policies.

In September the UAE, along with Bahrain, signed a controversial US-brokered agreement with Israel to establish diplomatic relations. Following their normalization deal, a host of bilateral agreements were signed between the two countries.

The normalization deals have drawn widespread condemnation from Palestinians, who say the accords ignore their rights and do not serve the Palestinian cause.

With the pressures of the outgoing US president, Donald Trump, to make the Arab regimes' relations normalized with the Israeli regime, the UAE, Bahrain, Sudan, and Morocco reached an agreement with the Zionist regime on full normalization of diplomatic ties.

These agreements have been widely criticized in the Islamic world.

All Israeli settlements are illegal under international law as they are built on the occupied Palestinian land.

Under a US-brokered agreement reached between Israel and the UAE some two months ago on the normalization of ties, the Tel Aviv regime had supposedly agreed to “temporarily” suspend applying its rule to further areas in the occupied West Bank and the strategic Jordan Valley that Israeli Prime Minister Benjamin Netanyahu had pledged to annex.

While Emirati officials have described the normalization deal with the Tel Aviv regime as a successful means to stave off annexation and save the so-called two-state solution to the Israeli-Palestinian conflict, Israeli leaders have lined up to call the bluff of Abu Dhabi's Crown Prince and de facto ruler of the UAE, Sheikh Mohammed bin Zayed Al Nahyan, who claimed Israel's annexation plans were off the table.

Bahrain and Sudan have also reached a US-brokered normalization agreement with the occupying regime.

The normalization deals have drawn widespread condemnation from Palestinians, who seek an independent state in the occupied West Bank and Gaza Strip, with East Jerusalem al-Quds as its capital. They say the deals ignore their rights and do not serve the Palestinian cause.

More than 600,000 Israelis live in over 230 settlements built since the 1967 Israeli occupation of the Palestinian territories of the West Bank and East Jerusalem al-Quds.

The UN Security Council has condemned Israel’s settlement activities in the occupied territories in several resolutions.

Palestinians want the West Bank as part of a future independent Palestinian state with East Jerusalem al-Quds as its capital.

In a relevant development in mid-November, the Palestinian resistance movement Hamas lambasted the United Arab Emirates (UAE) over its “real support” for Israel’s settlement expansion in the occupied West Bank.

In a statement, Hamas Spokesman Hazem Qasem said Abu Dhabi had just recently received the head of “the Zionist Settlements Council” in the West Bank and concluded economic agreements with him, the Yemeni Arabic-language al-Masirah television network reported.

He added the recent visit to the UAE by outspoken annexation advocate Yossi Dagan, who heads a council for Israeli settlements in the occupied West Bank, and the signing of economic agreements between the two sides shows Abu Dhabi’s “practical support” for Israel’s settlement expansion in the Palestinian territories.

“It is shameful that many countries and international bodies continue to boycott settlements and all their products, while the UAE is striving to strengthen its relationship with the Zionist settlement system,” Qassem noted.