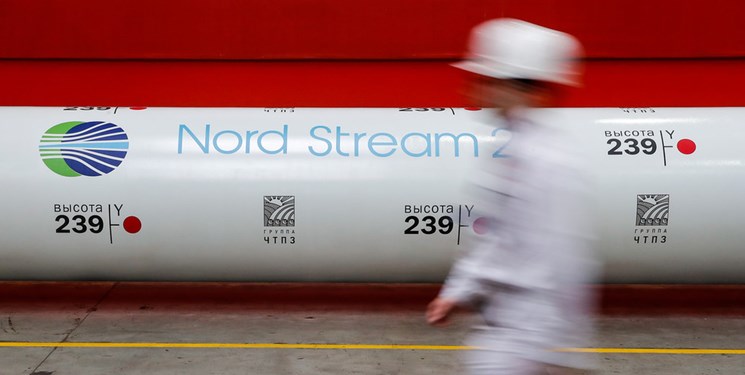 TEHRAN (FNA)- The Kremlin sees US sanctions against the Nord Stream 2 pipeline, expected to pump gas from Russia to Europe, as a sign of a hybrid war, Presidential Spokesman Dmitry Peskov stated Monday.

"We definitely can agree with Deripaska that these restrictions ... are in fact a kind of a hybrid war," Peskov told reporters, when asked about Kremlin's opinion on the billionaire's statement.

The best response to these restrictions on the gas pipeline project will be its completion, the spokesman added.

Earlier this month, the US Senate passed the National Defence Authorisation Act (NDAA), which among other things has paved the way for sanctions against the Nord Stream 2 pipeline project.

Moscow has repeatedly announced that Washington's intention to impose sanctions against Nord Stream 2 is nothing but an unfair competition which violates the international law.

Nord Stream 2 will be a 745-mile twin pipeline carrying about two trillion cubic feet of gas annually from Russia to Germany via the territorial waters or exclusive economic zones of Denmark, Finland, Germany, Russia and Sweden.